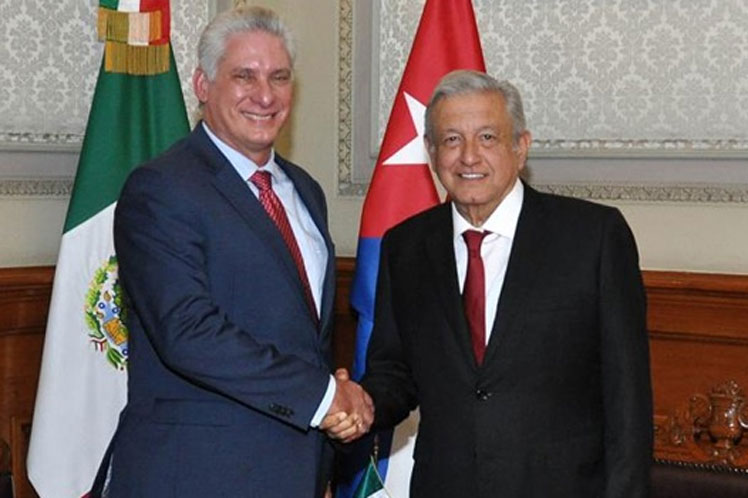 He explained that Biden has already notified the impossibility of attending, so he will be represented by Secretary of State Anthony Blinken.

Lopez Obrador noted that all this year is of national commemorations because they are celebrating the 700 years of the founding of Mexico Tenochtitlan, the 500 years of its fall to the Spanish rule, and the 200 years of our independence with the Cry of Dolores by priest Miguel Hidalgo on September 15/16, 1810.

The president stated that in each event that is celebrated this month, heads of State such as those of Argentina, Bolivia, Guatemala, Ecuador, now Cuba, have been invited, and those invitations began with the son of Martin Luther King to Oaxaca for the anniversary of Vicente Guerrero’s assassination.

He added that Mexico cannot invite some and others not because there are relations of friendship with all the peoples of the world and ties with Cuba date back many years. We are free and sovereign, we have our principles and that should be known by everyone, especially the rulers, he said.

The president said that Diaz-Canel will deliver a speech just like the other previous guests did, and especially because Mexico has a long-standing friendly relationship with the Cuban government.

We are not anyone’s lackeys and Mexico is an independent, free and sovereign country with a clear foreign policy in which it reaffirms the statement made by Benito Juarez when he said that between individuals as well as between nations, respect for the rights of others is peace.