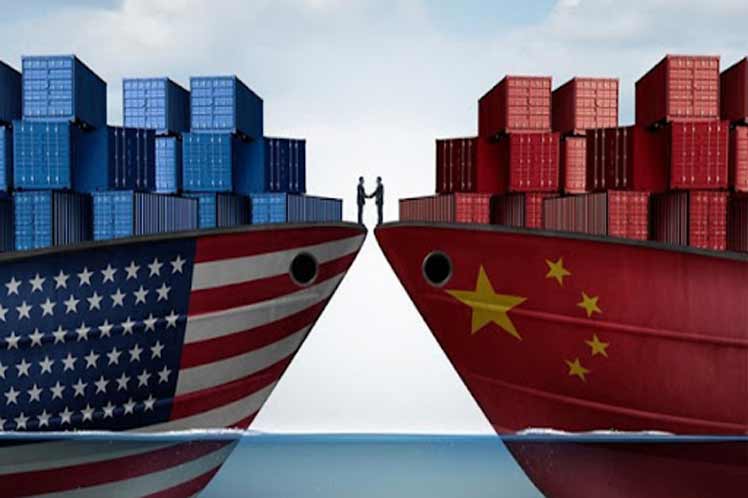 The Tax Commission of the State Council (Cabinet) said the measure will take effect tomorrow, will rule until April 16, 2022 and will benefit food items like pork, poultry and beef, seafood, soy; automobile items, whiskey, oil and chemicals.

In recent years, China has made this decision several times in an effort to ease friction and expand cooperation with Washington, whose previous government declared a trade war.

Earlier this Thursday, the Chinese Ministry of Commerce warned the White House that protectionist actions are not good for relations between the two countries or for the recovery of the global economy.

This way, they replied to reports of a possible investigation being prepared by US President Joe Biden’ s administration on Chinese subsidies. The United States carried out a similar investigation in 2018 which led to a tax conflict only resolved with the signing in early 2020 of the initial phase of an agreement between the parties.

In that document, the two countries established obligations and mechanisms to handle differences regarding intellectual property, food and agricultural products, promotion of trade, finance, currency and transparency, forced transfer of technology, bilateral assessment and dispute resolution.

It stressed China’s commitment to import 200 billion dollars from the United States in agricultural and seafood products, manufactured goods such as aircraft, machinery and steel, and articles from the energy sector.

Also the prohibition and sanctions on the theft of commercial and cybernetic secrets, as well as measures against all kinds of counterfeiting, piracy and copyright violations.

Among other issues, both nations accepted that one can file a complaint against the other if it considers agreements are not complied with. If a consensus is not reached, the complaint may reach the highest instances.