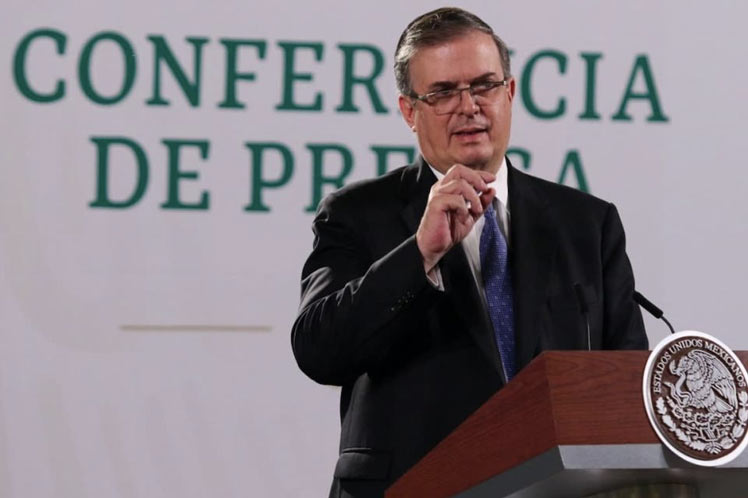 Mexico, Sep 21 (Prensa Latina) Mexico's Foreign Minister Marcelo Ebrard, host of the VI Summit of the Community of Latin American and Caribbean States (Celac), said on Tuesday that there they insisted on democratizing the production of vaccines and ensuring their access.

At President Andres Manuel Lopez Obrador’s daily morning press conference at the National Palace, Ebrard recalled that Mexico raised this issue in several forums, and will now do so with a mandate from the 31 countries that were represented on Saturday at the summit.

He supported the Celac network of specialists in infectious agents and emerging and re-emerging diseases, and announced that ‘what we organized to face the pandemic will be permanent, that is, to make this network sustainable, and we will also work with the Pan American Health Organization’.

He explained that the governors unanimously approved the Regional Health Self-Sufficiency Plan, which has seven lines of action aimed at building the region’s capacities to face threats such as the Covid-19 pandemic.

We know that this is a risk that is going to be permanent, and the lesson has to be learned. The most important thing about Saturday is that this plan, prepared by ECLAC and presented by Alicia Barcena, was approved, said Ebrard. He said that, in the short term, the immediate actions are the coordination among regulatory entities, because regulating agencies are not in Latin America and the Caribbean, we are separated.

It is necessary to create regional mechanisms for the purchase of vaccines because we do not do it with regional criteria, therefore, he warned, we are at the mercy of what the companies determine.

He also raised the need to implement a regional platform for clinical trials, because Latin America and the Caribbean is where most clinical trials of vaccines were conducted, but also the place where they arrived the latest, and even in some of them they still do not appear.