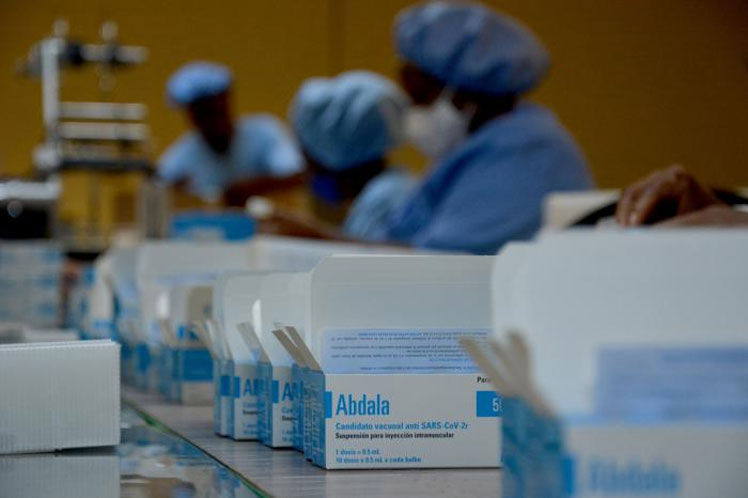 Sofia, Sep 25 (Prensa Latina) The Barricada website of Bulgaria's Union of Spanish-Speaking Journalists highlighted the acquisition by Vietnam of ten million doses of the Cuban-made Abdala vaccine, the first one produced against Covid-19 in Latin America.

In an article published on that website, the organization’s vice president, Kadrinka Kadrinova, noted Cuba’s scientific achievements and its contributions to biotechnology, despite the tightening of the United States economic, commercial and financial blockade.

She also praised the ties between Hanoi and Havana, which were strengthened after the recent visit to Cuba by Vietnamese President Nguyen Xuan Phuc, from September 18 to 20.

One of the five vaccines developed in Cuba against Covid-19, which showed an efficacy of over 92 percent in clinical trials, will be widely administered in Vietnam, which has experienced a sharp peak of Covid-19 cases in recent months, the press release said.

It also indicated the signing of several cooperation deals between the two countries in areas such as health care, agriculture, food industry, cyber security, tourism and energy, among others.

The Vietnamese president’s visit to Cuba is the continuation of the long-standing and traditionally close relations between the two nations.

Kadrinova pointed out that the exchanges between the States and the purchase of Abdala by Vietnam take place at a crucial moment for Cuba, affected by US aggressions, which hit the lives of its citizens in an extremely painful way and prevent the acquisition of medicines and food.

Cuba is also facing a propaganda war to discredit its achievements in medicine and the internationalist missions of its doctors, she assured.