Cuba thanks UNICEF for donation of oxygen generation plant (+ Photos) 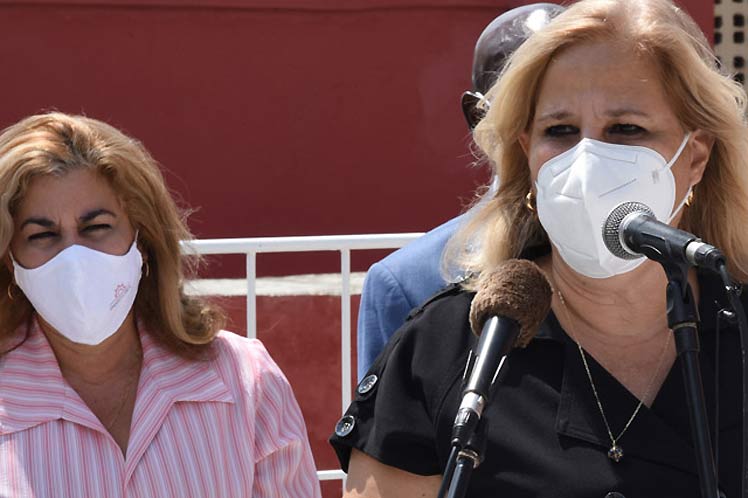 Cuba thanks UNICEF for donation of oxygen generation plant (+ Photos)

Havana, Sep 25 (Prensa Latina) Cuban authorities thanked UNICEF for the donation of an oxygen generation plant that can produce 50 cubic meters per hour, the only one of its kind in the country.

The plant, with state-of-the-art Brazilian technology and installed at the Dr. Carlos Juan Finlay Central Military Hospital in Havana, is already connected to the central supply system and guarantees oxygen to intensive care units, emergencies and operating rooms.

Ana Teresita Gonzalez Fraga, first deputy minister of Foreign Trade and Foreign Investment, highlighted the support and immediate response by the United Nations Children’s Fund (UNICEF) to the needs of the Cuban people, during a ceremony at that hospital.

Gonzalez Fraga pointed out that the aid from UNICEF has always been linked with Cuba’s priorities and the strengthening of the healthcare system.

She mentioned the coordination with the Ministry of Industries, the National General Staff of the Civil Defense, among other institutions, to install the plant in early September to alleviate the high gas demand due to the increase in Covid-19 cases, as the plant that supplies oxygen throughout the country had broken down.

For his part, UNICEF Representative in CubaBrandao Co ratified his agency’s work along with national authorities to contain the spread of the SARS-CoV-2 coronavirus, and maintain the vitality of healthcare services.

Co explained that the installation of the plant in that hospital, which performs between 8,000 and 10,000 surgeries, responds to the fact that 85 percent of its services benefit citizens from Marianao, La Lisa and Playa municipalities, as well as other patients from western Pinar del Rio and Artemisa provinces.

The plant can fill three cylinders every two hours to benefit other health institutions, where patients with Covid-19 and other diseases are receiving treatment.