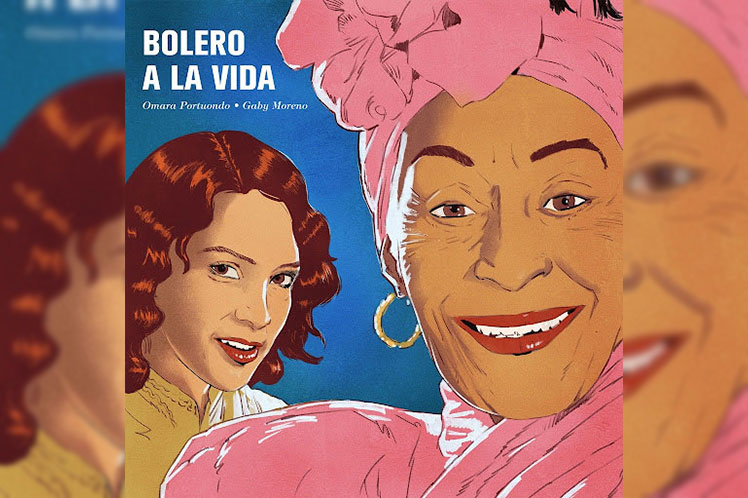 On her Facebook profile, the Buena Vista Social Club Diva thanked the Guatemalan singer (voice and production) for the composition, along with Santiago Larramendi, of this wonderfull piece, second single of her latest album.

The artist also said that sharing with these singers was a pleasure and also extended her gratitude to the working team, her familiy and the Latin Recording Academy.

‘A lifetime is encompassed in a bolero,’ Portuondo, who a few weeks ago proudly celebrated this genre’s declaration as Intangible Heritage of the nation, concluded.

It deserves this declaration, and we must not desist until it is recognized as World Intangible Heritage,’ she said on August 25, one day after the news was made official.

The so-called Novia del Feeling (Sweetheart of Feeling) acknowledged the dedication of those who defended and continue to extol the worth of bolero, feeling and Cuban music, which she described as one of Cuba’s most valuable treasures.

Meanwhile, Moreno described the song as a summary of what Omara has contributed to the world with her music and also said that this album is a symbol of renovation for her long career and a privilege for her.