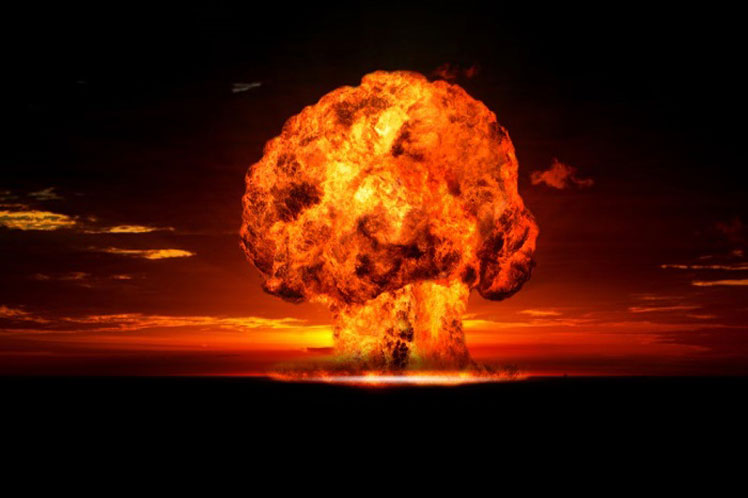 United Nations, Sep 28 (Prensa Latina) The nuclear threat continues as a clear and present danger, while some States are modernizing their arsenals, tensions are rising and confidence is low, Secretary-General Antonio Guterres warned today.

Addressing the plenary session of the General Assembly to commemorate and promote the International Day for the Total Elimination of Nuclear Weapons, Guterres called for joining ongoing efforts to eradicate those devices.

We live in an unstable international environment and that increases the possibility of misunderstandings, miscalculations and malfunctions, he noted.

In fact, Guterres added, nuclear risk has reached levels not seen in nearly four decades and some 14,000 weapons of that kind are stockpiled around the world.

Eliminating nuclear risk means wiping off those weapons and we must all work in conjunction towards such goal, the UN’s top representative urged.

That is precisely the core of the Disarmament Program: the elimination of weapons of mass destruction, but also addressing the proliferation of conventional and new technologies on the battlefield, he underscored.

Until nuclear weapons are eliminated, it is in the interest of all States to avoid any possible use, he emphasized.

In 1946, in the great burst of hope and activity that followed the creation of the United Nations, the General Assembly reached its first resolution, which called for the creation of a commission to eliminate atomic devices and other weapons of mass destruction, the Portuguese diplomat recalled.

His predecessors in this Assembly understood the fatal flaw behind the use of those weapons, that the only inheritance for the victor would be a broken and sterile world, he said.

That mutual distrust could lead to destruction and even eradicate all life on the planet because, ultimately, nuclear conflict has no victors, only victims, he insisted.

However, in the decades that followed, Guterres lamented, countries ignored that cold logic and instead engaged in a dangerous competition: each expansion of nuclear armaments further erodes the bonds of trust and dialogue needed to ensure peace, and pushes the world to the brink of catastrophe.

The shadow of the Cold War haunted generations and countries justified their actions as self-defense, but a nuclear arsenal is not self-defense, it is suicide, the UN Secretary General Guterres warned.

‘Today, 76 years later, we still have to achieve the goals of that historic resolution.’

Nuclear weapons are not yesterday’s problem, they continue to be today’s threat, the UN head said at the meeting that closes the high-level encounter of the General Assembly’s 76th session, which opened on September 20.