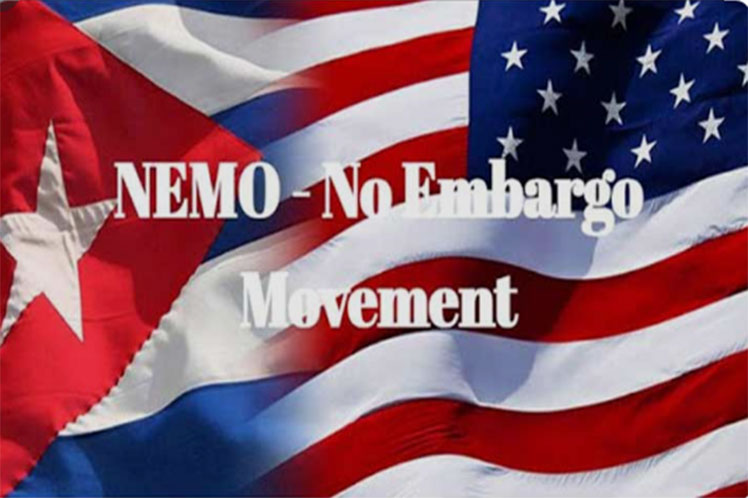 Washington, Oct 10 (Prensa Latina) The movement against the U.S. blockade of Cuba, known as NEMO, reiterated today its rejection of attempts to use patriotic dates of the island in exactly the opposite way to their meaning.

According to NEMO’s co-founder José Oro, through digital networks, this solidarity movement is imbued with the same spirit of the Cuban heroes and will never accept that enemies of the Caribbean nation try to appropriate or distort historical dates.

Long live October 10, symbol of our struggles and our Independence, said the activist.

According to Oro, some people from anti-nationalist currents tirelessly try to turn the island ‘into a capitalist pantomime or directly into a protectorate’.

This October 10 is the 153rd anniversary of the beginning of the struggles for independence, such commemoration belongs to Cubans, to those who love their country and not to enemy oligarchies that want to destroy it, he stressed.

He also affirmed that those who try to appropriate in the most insolent way the patriotic dates are the same reformists and annexationists whom the leaders of that heroic deed faced in the most determined way.

NEMO celebrates this patriotic day fighting together with all good Cubans against the cruel U.S. blockade and other aggressions suffered by the island in the midst of this dreadful Covid-19 pandemic, said in a press release issued last Friday.

On October 10, 1868, an armed uprising took place in the Demajagua sugar mill in eastern Cuba, an event that marked the beginning of the independence process in the largest Caribbean island.

Carlos Manuel de Céspedes (1819-1874), who led the group of conspirators that carried out the feat, made the decision to start the war, gave freedom to his slaves and invited them to fight for a free Cuba.