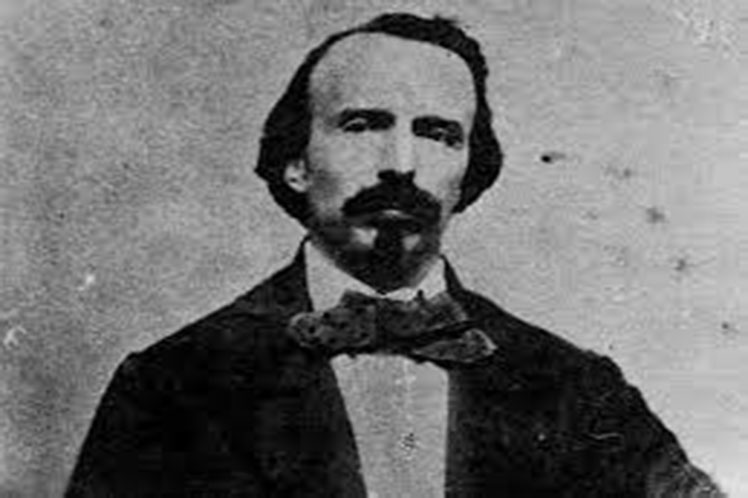 In his Twitter account, the president recalled that 153 years ago Carlos Manuel de Céspedes declared everyone free and equal, without distinction of class or skin color, an action that forever undermined the rotten foundations of a patriarchal slave society .

‘Cuba was beginning to be the Homeland,’ stressed the head of state on the social network, who also took up the words of the historical leader of the Cuban Revolution, Fidel Castro, on the centennial of those events.

‘What does this glorious date mean for the revolutionaries of our country? It simply means the beginning of a hundred years of struggle, the start of the revolution in Cuba, because in Cuba there has only been one revolution: the one started by Carlos Manuel de Céspedes on October 10, 1868 ‘, Díaz-Canel quoted in another message.

One hudred and 53 years ago, at the La Demajagua sugar mill, in Manzanillo (east), the Bayamo lawyer Carlos Manuel de Céspedes started the struggles for the independence of the Caribbean island, by leading a group of patriots who wanted to shed control of Spain .

The patrician also marked the abolitionist character of the deed, as he granted freedom to his slaves, whom he summoned to fight as free men.

A manifesto read that morning at sunrise not only endorsed those principles, but also the willingness to turn Cuba into a great and civilized nation that would extend ‘a friendly arm and a brotherly heart to all other peoples.’

The revolutionary outbreak of October 10, 1868 was the beginning of the first war for independence, which lasted 10 years, showed the maturity of a patriotic national consciousness and forged the Cuban nation.

Although it did not culminate in the realization of the aspirations that drove it, it was the spark that later gave rise to the so-called Little War (1879-1880) and Necessary War (1895-1898), the latter organized by the National Hero, José Martí.