Cuba can increase and diversify its exports 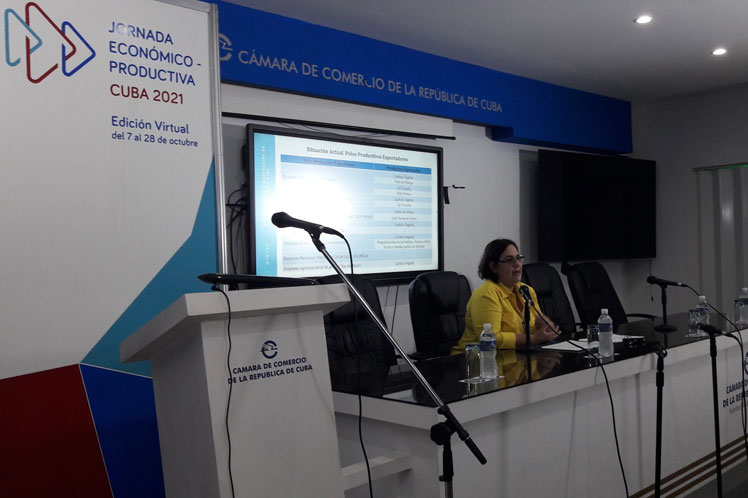 Cuba can increase and diversify its exports

The director of Foreign Trade of that portfolio, Vivian Herrera, explained in the First Economic-Productive Conference that despite the complex scenario due to the Covid-19 pandemic and the resurgence of the United States blockade, the country is in a position to raise the inflow of foreign currency in this way, even when tourism is seriously depressed.

She affirmed there are many state-owned companies and (private) own-account workers that demonstrate how much can be done to position Cuban products abroad and add to traditional lines such as nickel, tobacco and sugar, new ones such as zinc and charcoal.

In this sense, she mentioned that the current potential is endorsed by highly qualified professionals, high-tech companies, science-technology parks with excellent results in important businesses in the first world, science, technology and innovation entities and more than 100 economic research centers. .

Herrera stressed this potential has allowed going from 267 merchandise exporting companies in 2018 to 327 today, not counting services, an activity that is more dynamic, flexible and heterogeneous.

Regarding merchandise sold abroad, she pointed out that at the end of September nickel stands out due to the favorable prices on the international market, tobacco, sugar, fuel, minerals, alcohol, fish, crustaceans, zinc and charcoal.

She specified that in the case of services, 65 percent correspond to health, followed by telecommunications and others, which shows the need to diversify the presence of other items, particularly due to the significant drop in tourism in the past. and this year so it is excluded from those results. The Director of Foreign Trade indicated that to promote exports, two projects are underway, one for professional services and one for export diversification and competitiveness, in addition to the creation of a financial fund for the promotion and diversification of exportable lines that aspires to a reserve of five million dollars.

It is about supporting small investments and guaranteeing quality in goods and services in 15 prioritized sectors already identified, she pointed out.

Referring to the presence of forms of non-state management in foreign trade activity, he specified that as of October 8, 198 export contracts were signed for an amount of 15.3 million dollars, and those for imports amounted to five 1,304 valued at more than $ 83.9 million.

This first Economic-Productive Conference is organized by the Chamber of Commerce, and in it the Mincex official also referred to the fact that Cuba was forced to dispense with the agreements reached with three of the five shipping companies with which it operated due to the prohibitions of the American blockade, especially in the commercialization of food.

Added to this are the problems caused by the pandemic in international trade logistics, from which the island does not escape, with the breakdown of supply chains, the rise in freight rates and the high rents of containers.