Lights and face of Doha 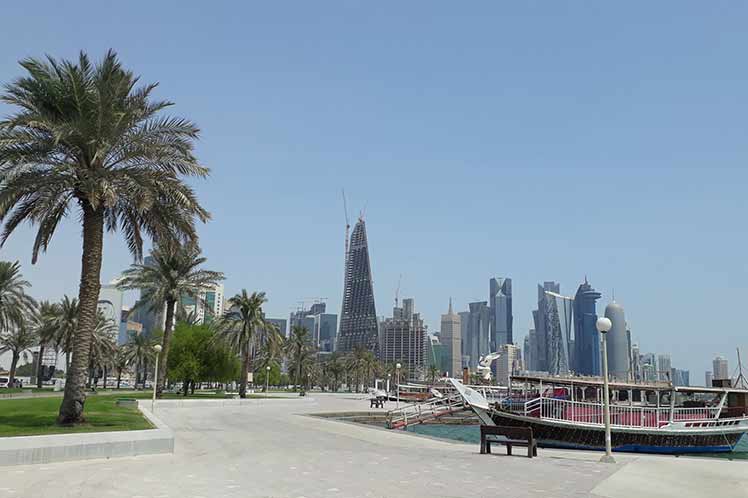 Lights and face of Doha

Doha, (Prensa Latina) There are magical places in each city, those which set landmarks and become their symbols: Venice, for example, has its canals dotted with gondolas; Havana its Malecon, and Doha, the Corniche, a promenade that draws a line between the Cosmopolitannoise and the bluish green Persian Gulf.

Through its seven kilometers long you can watch some of the most emblematic sites in the Qatari capital, such as the Clock Tower and the Amiri Diwan Great Mosque (the government’s headquarters), with its cozy green emerald.

At one end of the horseshoe are the Sheraton hotel and convention center, and at the other is the Islamic Art Museum, with its impeccable geometric lines and its park so cherished by city residents.

You can also see the spiral tower of the Al Fanar Islamic Cultural Center, a touch of the immense Arabian styles and the buildings of the city in its multiple architectural designs, which have been the banner of the Emirate’s modern era.

If you want to checkDoha’s progress in the last decades, it is enough to compare old and current photos of the maritime promenade; and those who have lived here for a long time remember that not many years ago only the Sheraton Hotel pyramid stood out at the end of a plain with few buildings.

The official website of Qatar Tourism, the entity dealing with the nation’s leisure industry, explains that the promenade was built on the basis of a dredging work between 1970 and the beginning of 1980.

The development of the area that connects the emerging West Bay business district with the city’s south and the Hamad International Airport is part of the State’s economic boom and efforts to promote tourism. That began in the city with the 2006 Asian Games, the article highlights.

Corniche is today the ideal site for everyday life. It’s an area to practice sports or to have a family picnic or the stage where the country shows its military might on National Day or the venue of international competitions.

Standing out among the most picturesque features is the large number of ‘dhow’, traditional boats waiting for clients who would like to enjoy a tour of the bay. Some play greatest western music hits, authentic Arabian sounds or rhythms from India; with lots of lights, large pillows or multicolored rugs.

It’s also interesting to see the large quantity of male walkers on Fridays, the first day of the weekend and for many the only one for rest. That is due to the great part of expatriates from countries, such as India, Pakistan or Bangladesh (the nationalities most commonly present in the country’s foreign community) whostay here for years without their families.

But beyond the great buildings or the outstanding events, Corniche is a photograph of Doha’s spirit.