Still no word on 17 US missionaries kidnapped in Haiti 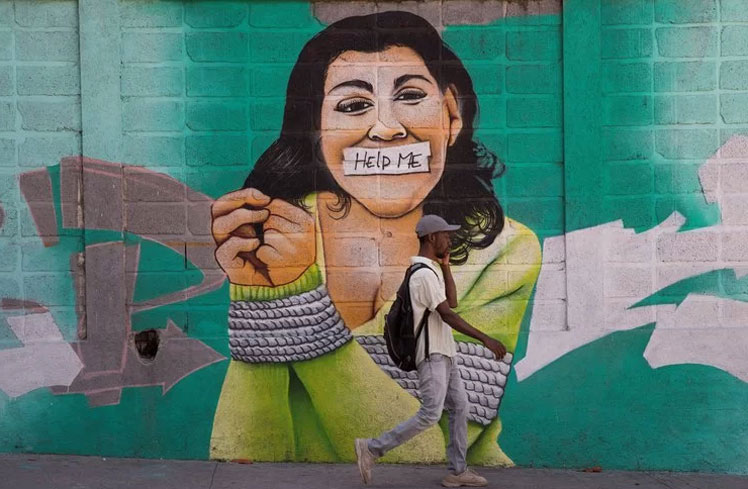 Still no word on 17 US missionaries kidnapped in Haiti

The events occurred on Saturday on the Ganthier road, when heavily armed men blocked the Carrefour Boen and La Tremblay 17 roads and seized the occupants of several vehicles, according to Le Nouvelliste newspaper.

Following the seizures, a patrol of the Anti-Drug Trafficking Brigade launched a chase on a car allegedly involved. Several of them are presumed to have been injured, while the police regretted the death of an agent, confirmed the institution’s spokeswoman, Marie Michèle Verrier.

But there’s no word on the whereabout of those abducted.

The group of abductees was allegedly on their way home after building an orphanage, according to a message shared with the press by the religious organization Christian Aid Ministries.

Washington, for its part, said it was aware of the events and stressed that the welfare and safety of Americans abroad remained a priority, Radio Métronome said.

The kidnappings take place one day after the extension of the United Nations Integrated Office in Haiti by the organization’s Security Council, and several days after the visit of the US Under Secretary of State for Security, Uzra Zeya.

For several years Haiti has been plunged into a spiral of violence, with the increasing control of armed gangs that dispute vast areas of the capital and even cut off Port-au-Prince from the four southern departments.

The situation worsened after the assassination of President Jovenel Moïse on July 7, and pushed more than 19,000 people to flee their homes, while an as yet undefined number lost their lives in gang clashes.

Human rights organizations blame the government for paying the armed gangs to control neighborhoods that usually oppose them.

Kidnappings in particular have skyrocketed in recent weeks, with some 120 cases registered in the month of September alone.