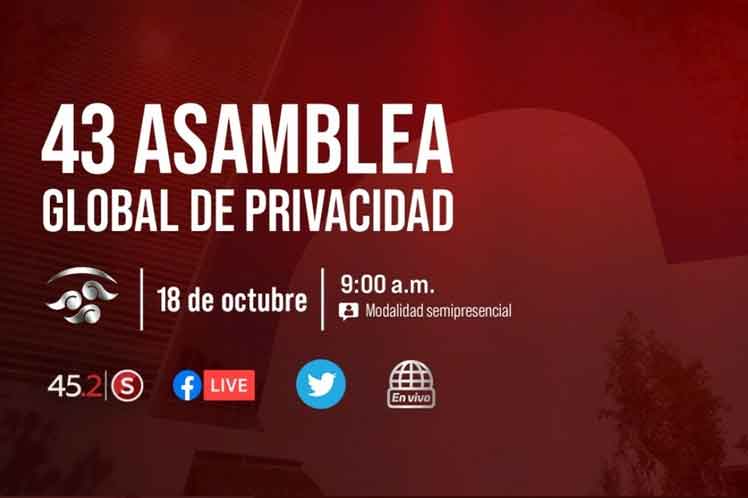 Mexico, Oct 18 (Prensa Latina) The 43rd Meeting of Authorities of the Global Privacy Assembly 2021 (GPA), opened its doors today at the Palacio de la Minería, Mexico City, with the participation of more than 130 international specialists.

The event was led by Elizabeth Denham, president of GPA, and Mathias Cormann, secretary general of the Organization for Economic Cooperation and Development (OECD), who led the opening ceremony along with Mexican commissioners Francisco Javier Acuña Llamas and Josefina Román Vergara.

Denham and Cormann thanked the National Institute for Transparency, Access to Information and Protection of Personal Data (INAI) for accepting to host this assembly whose central theme is ‘Privacy and personal data: a human-centered approach’.

In her welcoming remarks, Commissioner Román Vergara admitted that one of Mexico’s greatest challenges in the area of personal data is to guarantee the privacy of data held by private individuals.

She considered that protecting personal information often means protecting life, that of friends and family, and warned that a particularly vulnerable sector is minors, whose personal data can be captured when they use the Internet or social networks.

Commissioner Román explained that the GPA is held virtually but is still the most important meeting on privacy in the world as evidenced by the fact that more than 130 data protection and privacy authorities from 80 countries are participating.

The fact that this summit is taking place in Mexico, she finally said, is a recognition of the work done by INAI and by the Mexican State, as it puts the country on the map of personal data protection authorities.