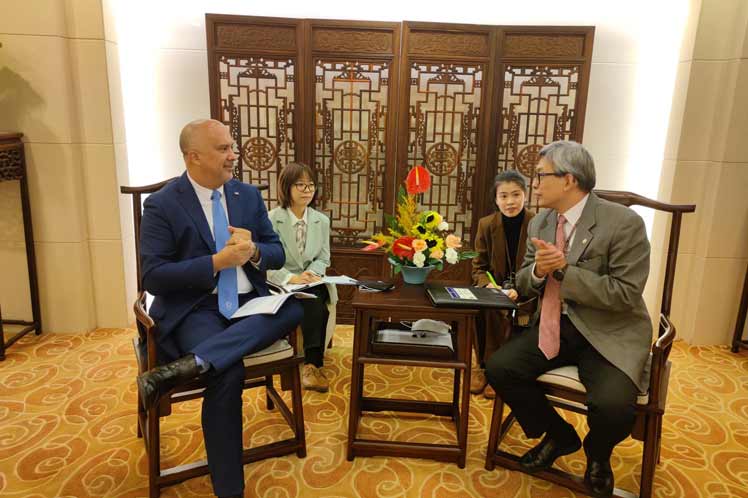 Island’s ambassador here, Carlos Miguel Pereira, told Prensa Latina that the initiative, designed by China, contains principles and concepts with which his country agrees, such as promoting a future with greater use of green sources.

He highlighted the possibilities of training, technical assistance and exchanges in the implementation of programs that contribute to the main objective of gradually transforming the energy matrix of his country.

The diplomat announced that an action plan will be signed shortly to materialize Cuba’s immersion in the strategy, through mega projects to be developed in the coming years.

He also recalled that the energy sector is part of Beijing-Havana cooperation and joining the Alliance ratifies his country’s commitment to the Belt and the Silk Road, called to build an international mega-platform for economic exchanges under the principle of shared profit.

Cuba officially entered this mechanism yesterday, and Pereira emphasized the relevance of the initiative to collectively overcome global challenges.

He also ratified the commitment of the Caribbean State to contribute to sustainable progress and invited Chinese companies and institutions and the rest of the members to work in fields such as the promotion of green energy and inclusive access to energy services.

Meanwhile, Minister of Energy and Mines of Cuba, Liván Arronte, referred to measures adopted by his Government to develop renewable sources, promote the efficient use of these resources and achieve independence in this area.

He called for promoting international cooperation and solidarity in favor of poor countries, so they can face the challenges of today’s world and comply with the Sustainable Development Goals.

In this endeavor, Arronte denounced the impact of the economic, commercial and financial blockade of the United States, considered the main obstacle for the development of the Island.