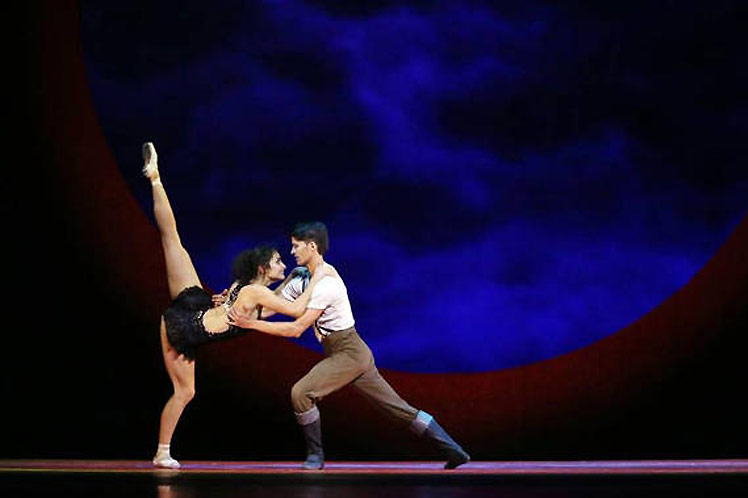 On October 22, 23 and 24, the group led by dancer Carlos Acosta will feature the artistic program Evolución (Evolution), which brings together half a dozen pieces from their repertoire, created by renowned international choreographers.

In this sense, there are works like ‘Satori’, by Cuban Raúl Reinoso; Paysage, soudain, la nuit, by Swedish Pontus Lidberg; Twelve, by Spanish Jorge Crecis; Mermaid, by Belgian Sidi Larbi Cherkaoui and Two, by Russell Maliphant, whose staging will be carried out by Acosta himself, current director of the Birmingham Royal Ballet (United Kingdom).

As reported by the group in a statement, their performances make up the broad program the Spanish institution usually offers, in which opera, ballet, concerts, recitals and other activities stand out.

The group recently announced that presentations on Spanish soil will be extended to the Symphonic Hall of Tenerife Auditorium at the end of October, while the Cervantes Theater will host their performances as part of the Malaga Dance 2021 calendar, which will take place until December.

Conceived as a space in constant experimentation, Acosta Danza integrates the talent of local creators and important exponents of the international scene in the field of choreography, music, design, plastic and audiovisual arts, among other manifestations that promote the development of contemporary and innovating shows.

The company, founded in 2015, counts on some twenty dancers from a diverse background, which makes it possible to articulate a modern dance discourse involving different trends and to break with traditional aesthetics.

In 2017, his Artistic Teaching Group emerged, in which he offers a mixed training for three years, which enables students to be part of any dance group and which young people from Venezuela, Colombia, Brazil, the Dominican Republic and Spain have been through.