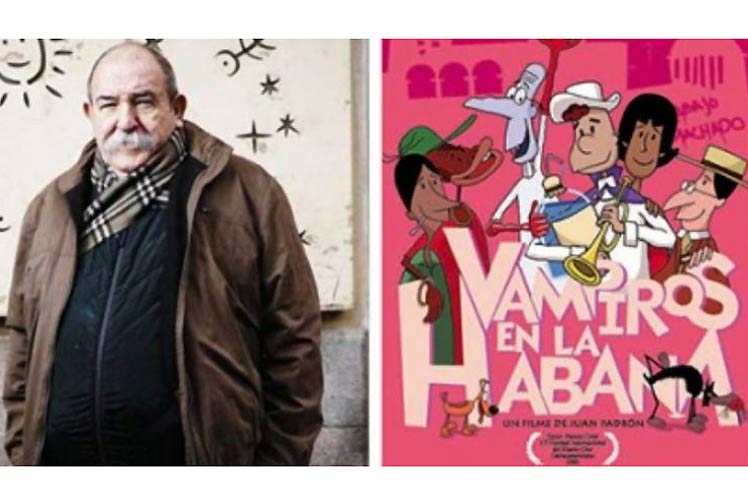 Mexico City, Oct 19 (Prensa Latina) The animated feature film 'Vampiros en La Habana' (Vampires in Havana), by Cuban filmmaker Juan Padron, stands out on Tuesday in the poster of the Cervantino Festival in Mexico, a space that has become a cultural bridge between both nations.

The film, signed by one of the island’s most emblematic illustrators who died on March 24, 2020, tells the story of two groups of mafia vampires in dispute to obtain a magic formula that would allow them to live safely in the light of day.

The movie, the second of its kind in Padron’s filmography, emerged as part of Juventud Rebelde newspaper’s humorous supplement, which under the name of ‘El Sable,’ recreated images of the daily life of a different vampire, sympathetic and with a gloomy style adapted to the Cuban reality.

The film ‘Elpidio Valdes,’ also directed by Padron, will be also screened in the Mexican event, which takes place in Guanajuato until October 31.

This iconic character of the Cuban animation depicts a Mambi colonel fighting for the liberation of his Homeland from the Spanish oppressive yoke in the 19th century.

More than 15 films are on the agenda of the cultural event, in which Cuba participates as a guest of honor, among them ‘Retrato de Teresa’ (Portrait of Teresa) by Pastor Vega, ‘Clandestinos’ (Clandestines) by Fernando Perez, ‘El brigadista’ (The Brigade Teacher) by Octavio Cortazar and ‘La bella del Alhambra’ (The Beauty of the Alhambra) by Enrique Pineda Barnett.

Organized by the Ministry of Culture, the Cuban Film Institute (ICAIC) and the Cuban Embassy in Mexico, the selection includes ‘Vestido de novia’ (Bride’s Dress) by Marilyn Solaya and ‘Entre Cuba y Mexico todo es bonito y sabroso’ (Between Cuba and Mexico Everything is Beautiful and Tasty) by Idalmis Del Risco Siota.

The Cervantino Festival also turned its spotlight on the work by Cuban documentary filmmaker Santiago Alvarez, creator of the Cuban Newsreels ICAIC, declared UNESCO’s Memory of the World Register, with the screening of the short films ‘Now,’ ‘L.B.J.,’ ‘Hanoi, martes 13’ (Hanoi, Tuesday 13) and ‘Ciclon’ (Hurricane).