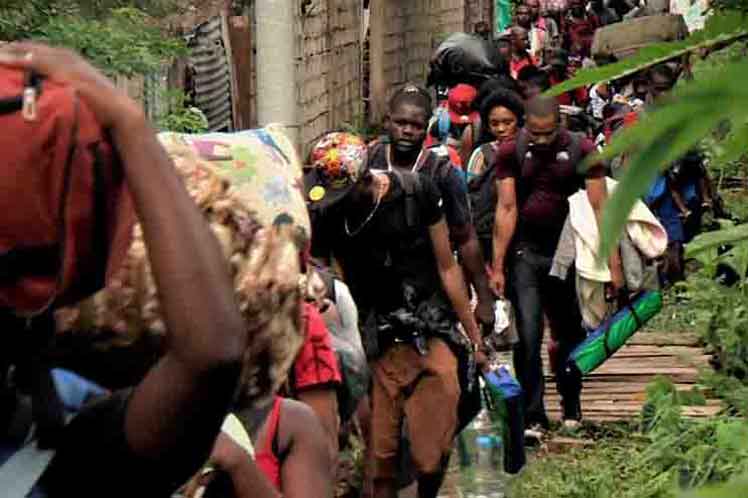 ‘Irregular migration has surpassed our capacity to respond. Moreover, we know it can be contained. Of the 12 countries we are here, only Panama and Colombia have a closed jungle border; however, effective restrictions on passage can be implemented at other spots,’ she noted.

A press release from the Ministry of Foreign Affairs (MIRE) stated that the minister called attention to the urgency required to manage such flow, which cannot be handled in isolation and clarified that with limited resources Panama is doing its part with biometric controls, medical care, shelter and food.

For over eight months, the MIRE drew attention to the unprecedented situation of irregular migration throughout the continent, and Mouynes insisted again on the need for shared actions to meet the needs of people in transit.

She called for the strengthening of political and technical dialogue to prevent human trafficking and smuggling networks from continuing to profit from that population at risk, and to this end, Panama convened the first regional meeting on the issue in August, at which it proposed regional co-responsibility in the face of migratory flows.

A week earlier, Panama’s President Laurentino Cortizo expressed that ‘we do not want any irregular migrant in Panama’ and referred to a possible upcoming meeting with the presidents of the nations involved in the current continental migratory route.

He advanced that the head of States must agree to ‘make decisions that can be very drastic. We have to send a message and it cannot be very soft,’ and although he did not reveal the content of the message, he said to be necessary to activate the obligation of visas to cross borders.

That change in the Panamanian position regarding the concept of ‘controlled and safe migratory flow’ took place after the visit of a US delegation headed by Uzra Zeya, Under Secretary of State for Civilian Security, Democracy and Human Rights, who met with Cortizo and Mouynes, among other authorities.

Official statistics illustrate the magnitude of the crisis, since so far this year over 107,000 migrants have crossed the Darien jungle at the Colombian-Panamanian border, a figure that Panama’s Minister of Security Juan Pino estimates could increase to 150,000 by the end of 2021.

Over 7,000 transits through Panama Canal expansion

Over 7,000 transits through Panama Canal expansion