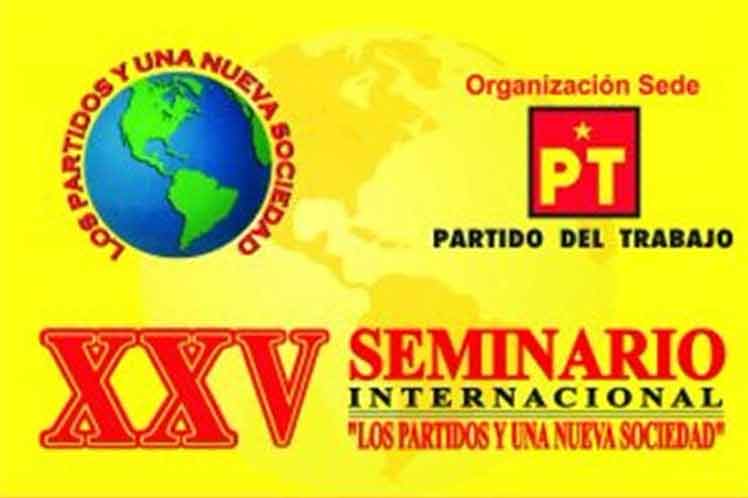 Mexico, Oct 22 (Prensa Latina) Cuba's authority described today as 'misleading' US President Joe Biden's electoral promises regarding the country since he maintains in force Donald Trump's imposed measures to tighten the blockade up.

The deputy chief of International Relations of Cuba’s Communist Party, Angel Arzuaga, denounced at the 24th International Seminar arranged by Mexico’s ‘Partido del Trabajo’ that the US Government aims at causing a collapse in the domestic economy to make burst social instability.

Arzuaga explained that the most affected sectors by that policy are banks, finances, travels, consular services, remittances and trade. In addition to hindrances to enter fuels in the country and the chance to take action in US courts in face of lawsuits presented due to the 3rd Tittle of Helms-Burton Act. Biden, the leader said, has not removed Cuba from the illegitimate list of countries sponsoring terrorism, which has direct aftermaths on Cuban economic development even though no one can honestly hold that such claim be real.

Ahead of the tightening of the US blockade, he added, Cuba has a plan of measures to face it, and economic and social revival includes a higher autonomy of State-owned companies, and the broadening and diversification of the Micro, Small, Medium State and Private Enterprises.

Amid such chaotic scenario, Cuba stresses the need to solidarity and cooperation, as well as preserving and promoting multilateralism to diminish the negative Covid-19 impact, Arzuaga expressed.

Cuba has been winning the huge fight against the pandemic, and it is paving the way to normality and the reopening of its borders on November 15 when over 90 percent of the population will be vaccinated with the three doses of Cuban vaccines, including children from two to 18 years old. The secret is the Revolution and Socialism, he assured.

Likewise, the country accomplished his internationalist duty by sending 57 brigades of the Henry Reeve International Medical Contingent, made up of over 4,000 collaborators who offered their services in 41 nations.

Arzuaga recalled the words of Mexico’s President Andres Manuel Lopez Obrador, who asked to bestow Cuba the Award of Dignity for its heroic resistance during 62 years to the US aggressions.

Finally, he defended the commitment of the Proclamation of Latin America and the Caribbean as Zone of Peace ahead of the US pretensions to impose again Monroe Doctrine, and denounced the attempts to destabilize and subvert constitutional order in Venezuela and Nicaragua.