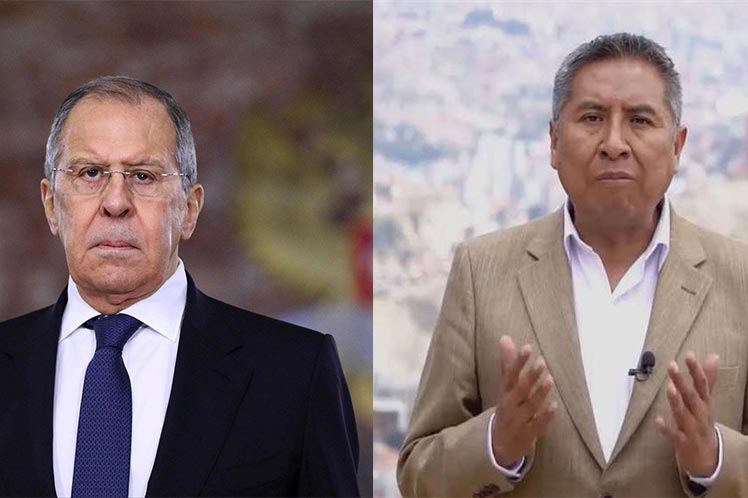 ‘Bolivia is a priority partner of Russia in Latin America and the Caribbean’ , Lavrov emphasized in a joint press conference, and spoke for the tightening of bilateral ties, as shown by three telephone conversations that took place in recent months between the presidents of both nations.

Regarding this Friday’s meeting, the Russian Foreign Minister pointed out that the parties agreed on the importance of boosting the potential of the mixed Russian-Bolivian intergovernmental commission and announced a next meeting before the end of the year.

He highlighted that the progress of cooperation in the energy sector was reviewed, where Russian company Gazprom participates in the exploration and drilling for gas and oil, looking towards expanding projects in that nation.

He called attention to the work being implemented by the State Atomic Energy Corporation (Rosatom), the entity in charge of works on the nuclear reactor of the Bolivian Nuclear Technology Research and Development Center.

In this sense, he elaborated on the possibility of new plans in the field of nuclear energy for industrial and medical purposes.

‘We have defined priority sectors for cooperation such as industry, pharmaceuticals, the modernization of infrastructure, energy, transport, the supply of vehicles and medical equipment’, he explained.

He indicated that the delegations decided to promote direct contacts between business circles of both countries, in addition to encouraging exchanges in education, sports and other development areas.

Lavrov pointed out that Russia will increase support for Bolivia in the fight against Covid-19, taking into account the difficult situation with the pandemic worldwide.