Government of Haiti asks to clarify looting of judicial office 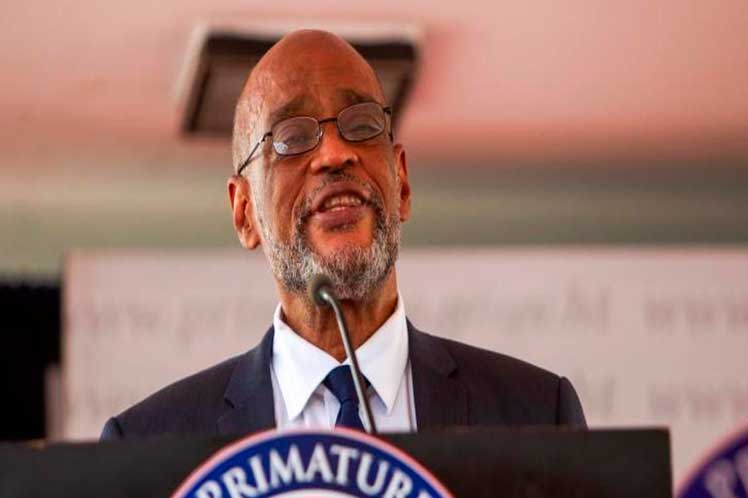 Government of Haiti asks to clarify looting of judicial office

Henry assured that the robbery is part of maneuvers aimed at obscuring the investigation of the assassination that occurred on July 7, and announced he ordered Justice Minister, Litz Quitel, to shed light on the facts.

Yesterday, the Dean of the Court of First Instance confirmed doors to the judge’s office and the court registry were broken down by the assailants, however he could not specify which objects were stolen.

In statements to the press, Orélien assured he is carrying out an inventory of files, but for the moment he cannot provide more information.

The Court of First Instance of Port-au-Prince has been the target of attacks on several occasions, without measures to stop it so far.

Last year, files related to the investigation into the murder of former president of the Bar Association, Monferrier Dorval, were stolen from the registry, a case that remains unsolved.

On that occasion they used the master key to the office, stole and moved documents, Bar Association secretary, Robinson Pierre, denounced then.

The theft of alleged evidence or documents from the assassination investigation threatens to further stall the process, which has evolved slowly in the last two months.

Meanwhile, some 44 people, including 18 Colombians, are still detained in the National Penitentiary, although recently the prime minister stood for releasing the detainees whom charges have not yet been brought against.