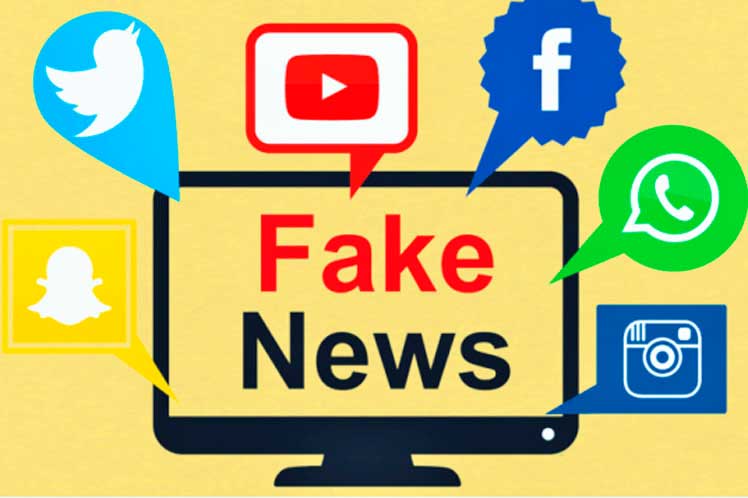 Several of the attacks are aimed at discrediting the opposition presidential candidates and also the Constituent Assembly, charged with drafting a constitution to replace the one in force since the dictatorship of Augusto Pinochet (1973-1990).

According to sociologist and deputy for the Democratic Revolution party, Miguel Crispi, the fake news spread by the extreme right on social networks follow the manual of campaigns such as those of the Brazilian president Jair Bolsonaro and former US president Donald Trump, seeking to create terror and fear.

In his Twitter account, Crispi cited as examples the attempt to damage the image of the presidential candidate for the Apruebo Dignidad left-wing coalition, Gabriel Boric, one of the favorites according to the polls.

He also denounced the fake news about the supposed intention of the Constitutional Convention to change the flag, the national anthem and the name of the country.

A study by the Catholic University of Valparaíso revealed the existence of thousands of accounts whose users regularly express themselves negatively about said instance and against its president, Elisa Loncon, both because of her status as a woman and because she is Mapuche.

In addition to it there are the statements of several ministers who blame Boric and the candidate of the center-left coalition New Social Pact, Yasna Provoste, for violent acts during the second anniversary of the riots, when in reality the government is in charge of public order.

The left-wing candidate Gabriel Boric proposed recently to the Chilean National Television Association to implement a system against fake news, and insisted on the need for the exchange of ideas to be honest and to make real data known to the public that contributes to informing and not the opposite.