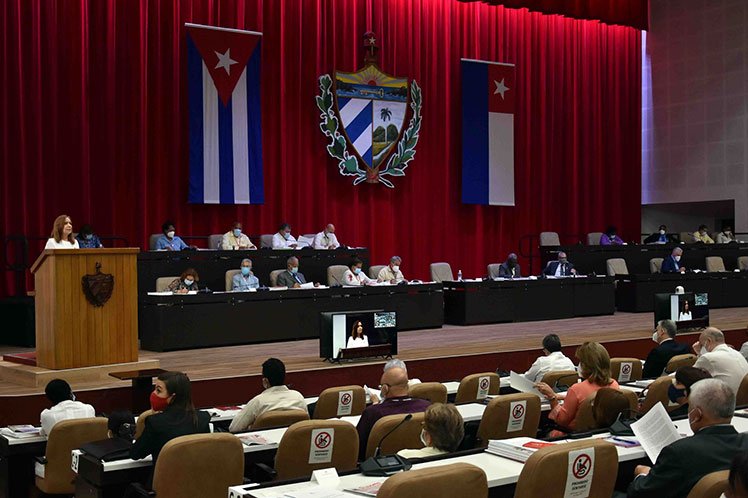 The chief prosecutor of the Directorate of Information and Analysis of the Attorney General’s Office (FGR), Ana Hernandez, said that the Constitution recognizes the right to public demonstration, but then specifies the lawful and peaceful purposes required for that exercise.

In declarations to Granma newspaper, she said that such demonstrations must be carried out with respect to public order and in compliance with what is established by law.

In this regard, he referred to Article 45, which states that the rights of individuals are only limited by the rights of others, collective security, general welfare, respect for public order, the Constitution and the laws.

“Simply, he stressed, a postulate cannot be used as an excuse to go against the rights, guarantees and obligations determined by the constitutional text”, he emphasized.

She added that the promoters of the march scheduled for November 15, despite the fact that it was denied by municipal authorities, have published on social networks and digital platforms that their purpose is to change the political, economic and social order in Cuba, which is unconstitutional and illegal.

Hernandez remarked that the march has the public support of high-ranking officials of the U.S. Government, its embassy in Havana and the Cuban American National Foundation, with a known terrorist background, who seek a foreign intervention in the island.

The prosecutor recalled that the referendum that endorsed in February 2019 the new Constitution obtained 86.85 percent approval. 90 percent of the population voted to pass the new Magna Carta.

Article 4 enshrines the irrevocable nature of the socialist system and the right of Cubans to fight by all means, including armed struggle, against anyone who attempts to overthrow the established political, social and economic order, she added.

In turn, prosecutor Dimas Alfredo Herrera, from the FGR Secretariat, told Granma that the promoters of the demonstration seek to destroy Cuban society as it is, in a procedure in which, he said, economic interests are involved.

“This deprives them of any legitimacy to call themselves opponents. Their scheme, their working formula is in accordance with the interference of the Helms-Burton Act, and that law is against Cuba’s sovereignty,” he said.