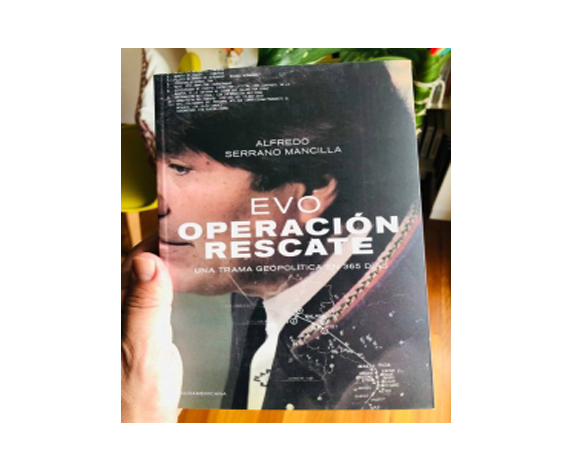 Buenos Aires, Nov 3 (Prensa Latina) Former Bolivian President Evo Morales arrived today in Buenos Aires, where he will complete an intense agenda that includes his participation in the presentation of the book by writer Alfredo Serrano Mancilla, Operation Rescue, with a prologue by Argentina’s President Alberto Fernandez.
Share on facebook
Share on twitter
Share on whatsapp
Share on telegram
Share on email

The former president opened his intense agenda with his participation in the Second Meeting of the UNASUR Technical Commission in order to arrange and convene a meeting in Cuzco, Peru, next December, as he explained on Twitter. Delegates from Chile, Uruguay, Bolivia, Colombia, Paraguay and Brazil were present at the meeting.

In the afternoon-evening, he will be at the Kirchner Cultural Center along with the “Intersindical Cultura Radar” to take the floor as part of the 4th Meeting of Work and Culture, in a panel in which he will address the challenges for the peoples of Latin America, the Great Homeland.

Morales will be accompanied by Argentina’s Minister of Culture Tristan Bauer, and other trade union figures in that country, such as Lawmaker Hugo Yasky, General Secretary of the Trade Union, and Sergio Palazzo, of the Banking Association.

The Bolivian leader returned to Argentina, which welcomed him in one of the hardest moments after the coup d’état of 2019, to present, in addition, tomorrow the Evo: Operation Rescue book. A geopolitical plot in 365 days, which has a prologue by Alberto Fernandez, who is expected to be at the event.

The volume will be presented at the Mexican embassy, and in addition to Argentina’s president, former Ecuador’s President Rafael Correa will be present.