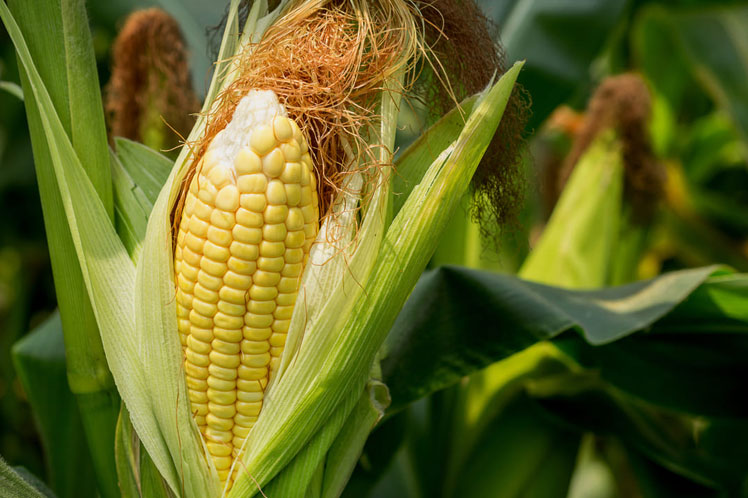 According to a research from the United States National Aeronautics and Space Administration (NASA), while corn will drop in yields, wheat could see an increase of about 17 percent.

Using advanced climate and agricultural models, scientists discovered that the change in yields is due to increased temperatures.

Having an influence too are variations in rainfall patterns and high concentrations of carbon dioxide on the surface due to greenhouse gas emissions caused by human activities.

This would make it difficult to grow corn in the tropics, but could expand the range of wheat cultivation, the text published in ‘Nature Food’ journal notes.

In this regard, lead author Jonas Jägermeyr, crop model designer and climate scientist at NASA’s Goddard Institute for Space Research, noted that the projected response from corn was surprisingly large and negative.

The team analyzed changes in long-term crop yield averages and introduced a new estimate of when climate change impacts will “emerge” as a perceptible signal in their usual variability.

Corn is grown all over the world, so North and Central America, West Africa, Central Asia, Brazil and China will see benefits of this food drop in coming years and beyond, as the average temperatures in these regions increase, the study specifies.

However, it is referred, wheat, which grows best in temperate climates, could have a wider area of ​​cultivation as temperatures increase, including northern United States and Canada, plains of northern China, Central Asia, southern Australia and eastern Africa.

Authors noted that temperature is not the only factor taken into account in the models when simulating future crop yields.

According to estimates, higher levels of carbon dioxide in the atmosphere have a positive effect on photosynthesis and water retention, increasing crop yields, although this often makes them less nutritious.

Such effect occurs more for wheat than for corn, which is seen with greater precision in current models, they revealed.

Likewise, they explain that higher temperatures also affect the duration of the growing seasons and accelerate the maturity of the crops, they concluded.