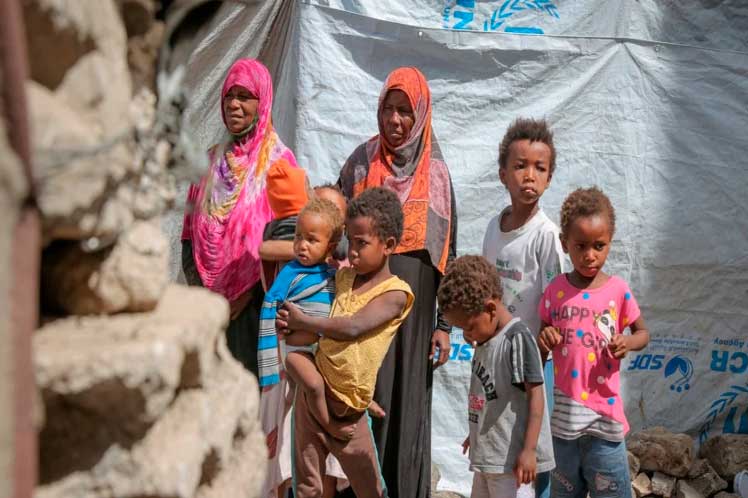 Quoted by the official Saba news agency, Meftah accused the Houthi militias of being responsible for the massive displacement in the districts of Rahabah, Hareeb, Mahiliah, al Abdiah, Jabal Morad and al Gobah.

The rebels have been trying since February to seize Marib, capital of the oil and gas-rich province of the same name. The fighting there has resulted in heavy casualties on both sides.

The official made the remarks during a meeting with the head of the United Nations Children’s Fund (Unicef) office in Aden, Charles Nazoki.

Meftah called on Unicef and other UN agencies to redouble their efforts to alleviate the needs of internally displaced persons.

The international organization reported yesterday that in just five days at least eight children were killed or injured by the conflict, although it said that “the real figure could be much higher”.

Unicef revealed last month that some 10,000 minors have lost their lives or suffered mutilations since the beginning of the war, seven years ago.

For its part, the office of the United Nations High Commissioner for Refugees warned that two thirds of Yemen’s population, some 20 million people, depend on humanitarian assistance and 80 percent live below the poverty line.

After years of war that Arab nation has the fourth largest internally displaced population in the world with some four million people, he stressed.

Hostilities erupted in 2014 when the Houthi militia launched an offensive from the north and occupied the capital Sana’a and large parts of the country.

A year later Saudi Arabia and other Arab allies intervened in the war in support of the government of President Abd Rabbu Mansour Hadi, whose forces recaptured some areas.

Biden is warned of danger to get involved in Ukraine

Biden is warned of danger to get involved in Ukraine