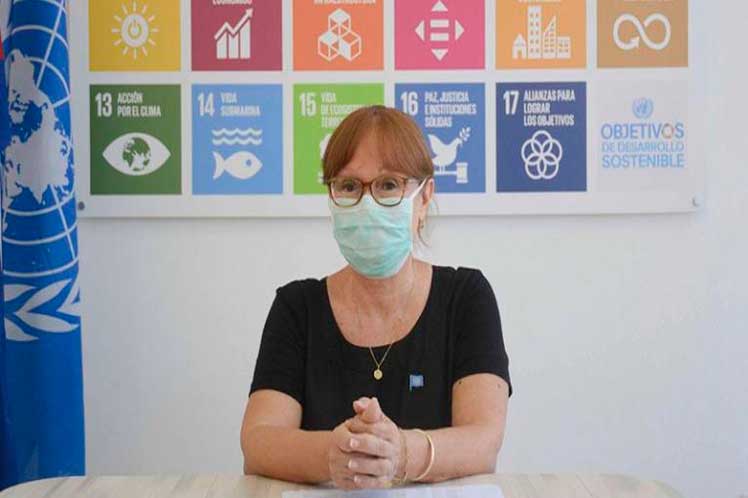 Speaking to the UN website, the official said this support materialized specially at times of the highest impact of the disease on the island, in a context of lack of financing and increase in the market for supplies.

“What the UN does in these cases is to make itself available to countries. The first priority was to support the health response Cuba had been giving to the pandemic, save lives”, she declared.

This support, she added, under the guidance of Secretary General António Guterres, was aimed at helping in Cuban socio-economic response, in particular targeting “groups potentially more vulnerable to the crisis, such as the elderly, the disabled, women, among others”.

It succeeded, she stated, in short periods of time, in promoting processes of reprogramming financial resources and strengthening alliances with cooperation partners and new projects.

“The priorities of the Health Ministry have been shared with teams of agencies, funds and programs of the UN in Cuba, in order to build a response more fit to the demands of the country”, representative of the Pan American Health Organization, José Moya said.

In recent times, for example, needs have been changing and attention has focused on medicines or equipment becoming insufficient, or on materials used in health care units, Moya underlined and highlighted the permanent exchange with the Health Ministry.