UN team in Cuba contributes in response to pandemic 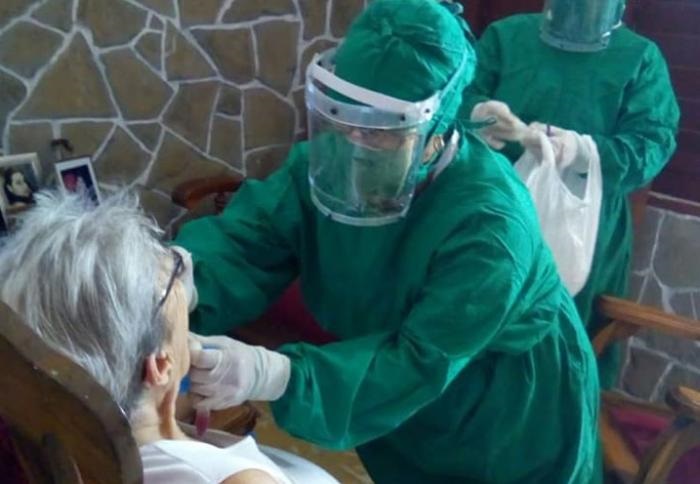 UN team in Cuba contributes in response to pandemic

According to the associate spokesperson of the United Nations Secretary General, Eri Kaneko, aid to health services was reinforced, with diagnostic and protection measures, oxygen concentrators and oximeters were imported, and oxygen plants were installed in centers. of the island.

The months of July and August marked the peak of the pandemic in the largest of the Antilles, which put great pressure on the health system there, she said.

During July, August and September, the UN team delivered more than 1.4 million items, including gloves, surgical masks and syringes, the spokesperson said.

She also distributed about 100,000 tests to detect Covid-19 and almost 100 refrigerators certified by the World Health Organization with the aim of storing vaccines safely, she added.

“Our socio-economic response with the authorities focused on increasing food production capacity. More than 65 thousand people received food, “she said.

In addition, Kaneko said, the UN promoted efforts to increase vaccination and continue to prevent the spread of the disease through a communication campaign that involved several agencies of the multilateral body.

On repeated occasions, the Cuban authorities have denounced how the economic, commercial and financial blockade of the United States against the island prevents a better response to the pandemic by hindering the purchase of medical supplies and food.

For his part, from the beginning of the health crisis, the UN Secretary General, António Guterres, called for the lifting of sanctions and unilateral coercive measures that obstruct the confrontation with Covid-19.

But countries like the United States maintain and even intensify economic, commercial and financial sanctions against nations such as Cuba, Venezuela, Syria and Iran, as those governments continually denounce.