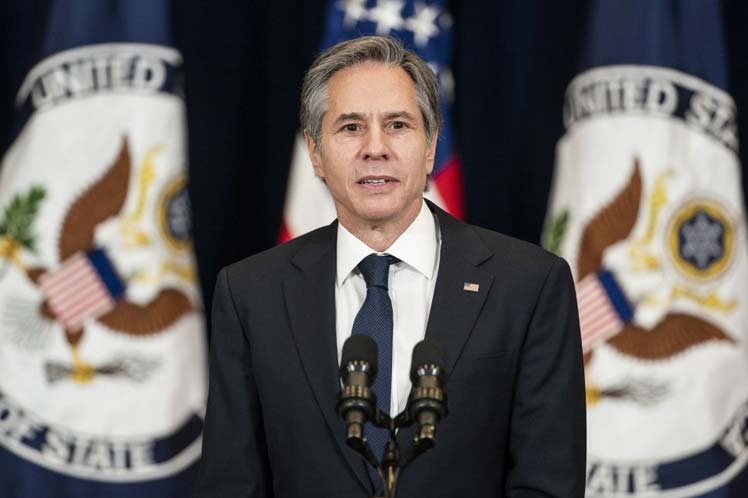 According to the head of diplomacy of this northern nation, Jonathan Moore and Margaret Uyehara will oversee the State Department’s response to the ailments members of the Central Intelligence Agency (CIA) and the military also allegedly suffer.

Blinken said this Friday they will not stop until they find the causes of these events, which according to Washington have been recorded in places as different as Havana, India, Russia, Vietnam and even in Washington, D.C.

The appointment comes after Ambassador Pamela Spratlen left office in September due to criticism for not showing enough confidence in the veracity of the ailment, recalls The New York Times.

The New York daily recently stated that mass hysteria could be one of the causes of the unproven illnesses suffered by US diplomats.

Currently more than 200 US diplomats and personnel abroad report being victims, yet the cause remains shrouded in mystery, speculation and doubt, something that may seem like “something out of a James Bond movie,” suggested the Times.

That narrative served former President Donald Trump (2017-2021) to justify the closure of the Washington embassy in Havana and to intensify the policies of blockade of the island, which are maintained despite the evidence that these conditions are only in the mind of those affected.

Initially they were considered “sonic attacks”, but American and international experts argue that the laws of physics that govern sound, ultrasound, infrasound or radio frequency waves (including microwaves) do not cause the described discomforts.

In early October, President Joe Biden passed a law on financial support for those affected in response to the lamentations of the alleged victims, afflicted with an evil likely to be the product of imagination.

Although the enacted law bears Havana’s name, the president himself pointed out that throughout the world, civil service officials, intelligence officers, diplomats and military personnel have been affected by anomalous health incidents.

However, the only place where the White House suspended consular services due to the “attacks” not demonstrated so far was in Cuba, a measure that is maintained today.