Cuba advocates at the UN for a new, fairer international order 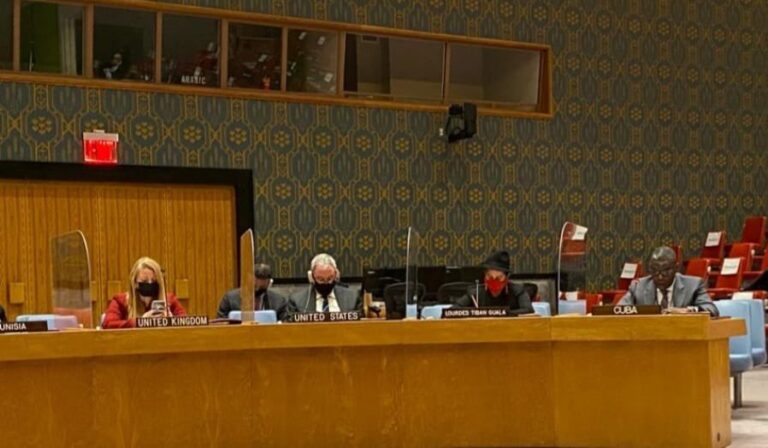 Cuba advocates at the UN for a new, fairer international order

During his speech in the open debate on “Maintenance of international peace and security: exclusion, inequality and conflicts”, the Cuban ambassador also advocated for a reform of that 15-member body.

Currently there is an urgent need for greater representation of the countries of the South, democracy, transparency and inclusiveness in the work of the Council, and the cessation of its interference in the mandate and functions of the General Assembly and other bodies, to preserve the effectiveness and credibility of the United Nations, he stressed.

The prevalence of a deeply unjust and undemocratic international order, decades of ruthless neoliberalism, the existence of exclusive capitalism and its irrational patterns of production and consumption, have put selfishness of a minority before the legitimate aspirations of a majority, the diplomat said.

Now, he observed, the Covid-19 pandemic has exacerbated the global crisis, leaving the most vulnerable unprotected, while the richest continue to increase their benefits.

In the midst of this context, international peace and security are constantly threatened by conflicts, acts of aggression, unconventional wars, attempted regime changes and frequent violations of the UN Charter and International Law, he denounced.

Likewise, he called for the cessation of the application of unilateral coercive measures, which prevent the effective confrontation of the pandemic and the achievement of the Sustainable Development Goals.

On the contrary, he stressed, the strengthening of multilateralism, unrestricted respect for the UN Charter and International Law and the fulfillment of the commitments and obligations contracted is imposed. In addition, he referred to the unfortunate and unacceptable fact of the profound global inequality in the access and distribution of vaccines against Covid-19, which exacerbates the North-South gap.

According to him he indicated, of the seven billion doses of vaccines administered, more than 80 percent went to countries of the Group of 20, whose populations represent much less than half of the inhabitants of the planet.

Meanwhile, low-income nations, most of them in Africa, have only received 0.4 percent of vaccines, the Cuban ambassador detailed.

The president of Mexico, Andrés Manuel López Obrador, led this Tuesday the open debate of the Security Council on exclusion, inequality and armed conflicts.

Before that body, the Mexican president denounced that the main obstacle to well-being, development and peace is corruption in all its expressions.

Likewise, he criticized the neoliberal model, which encourages the excessive exploitation of natural resources and exacerbates inequalities.