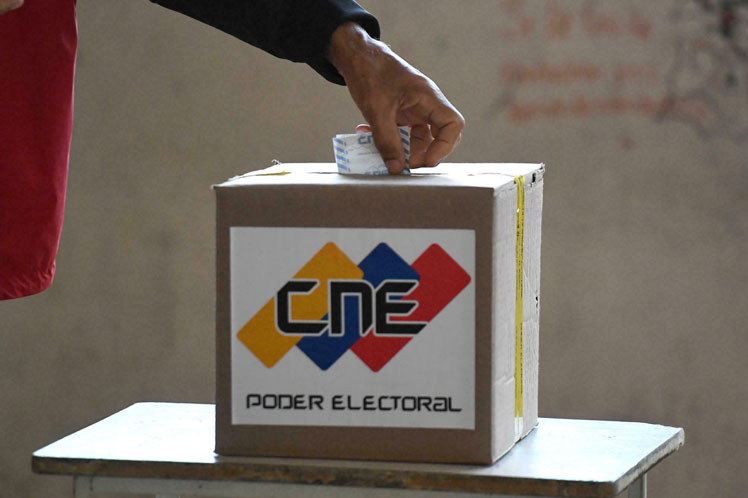 At the head of the group was appointed MEP Maria Isabel Coelho Santos, a member of the Socialist Party of Portugal, and will also be made up of the Austrian Georg Mayer of the conservative Identity and Democracy Party, as well as seven Spanish legislators from different political forces, the source said.

Among the latter are Soraya Rodríguez and Jordi Cañas; from the right-wing Citizens Party, as well as Javi López and Ibán García, from the Group of the Progressive Alliance of Socialists and Democrats; Jordi Solé, from the Group of the Greens; Idola Villanueva, from Podemos and the Basque nationalist Izaskun Bilbao, from the Renovar a Europa Party.

The MEPs of the right-wing Spanish People’s Party (PPE) departed at the last minute from the delegation of the European Parliament claiming that the EU High Representative for Foreign Affairs and Security Policy, Josep Borrell, ignored the criteria of that conservative political group contrary to the dispatch of that mission.

The president of the EPP in the European Parliament, Manfred Weber, recently stated that a delegation of observers from that forum to the elections scheduled for November 21, could mean support for the government of President Nicolás Maduro.

In the final decision of the EU to send the mission of observers to the Venezuelan regional elections, an agreement signed last September 29 between that regional community of nations and the National Electoral Council (CNE) of the South American nation played a fundamental role. .

In the document signed between both parties, it is established that MEPs will act with total independence, maintain impartiality and objectivity, while guaranteeing non-interference in these elections.

It is also stated that European parliamentarians must respect Venezuela’s self-determination and sovereignty, as well as the country’s legal framework during the development of their activities, for which they will receive the necessary cooperation from the CNE.