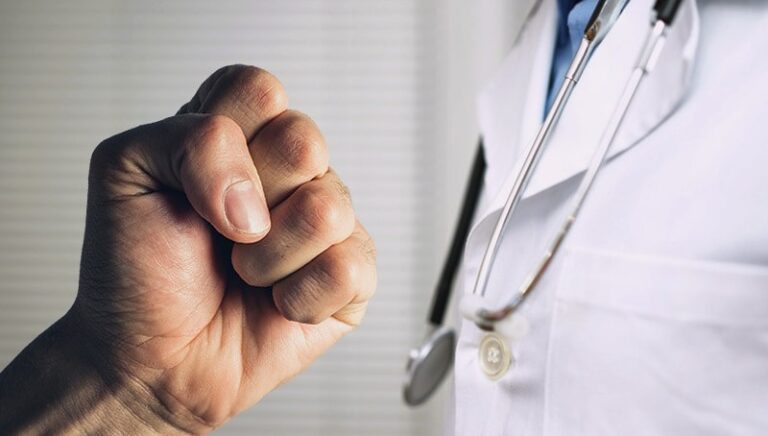 Health personnel and supporters of the immunization process are increasingly being threatened, said Susanne Johna, president of the Marburger Bund doctors’ union, to the national media group Funke.

Johna explained that the violence has increased both in frequency and severity and that she has been victim of many threatening e-mails.

The representatives of the medical staff warned of an increase in aggressions among patients, who react to measures such as confinement, contact restrictions, mandatory masks or PCR tests.

This situation leads to conflicts between doctors and patients, but also to disputes with relatives, said Grit Genster, a trade unionist and industry expert.

In Germany, the epidemic is spreading and the country crossed the threshold of 50,000 infections per day the day before, according to the Robert Koch Institute (RKI), which is responsible for the control of infectious diseases.

The number of hospitalized patients is rising steadily, forcing the eventual future head of government, Olaf Scholz, to react.

The Social Democrat, the current Deputy Federal Chancellor and Angela Merkel’s likely successor, noted what will clearly be the focus of his term in the first few months if it comes into office before December.

We have to take the necessary steps to get through this winter, warned Scholz, whose government plan calls for a new vaccination campaign, a testing offensive and restrictions for non-immunized people.

Health Minister Jens Spahn, on his side, was in favor of new partial closures of public life at regional level in order to stop the outbreak.

Merkel convenes in Germany an emergency meeting on Covid-19

Merkel convenes in Germany an emergency meeting on Covid-19