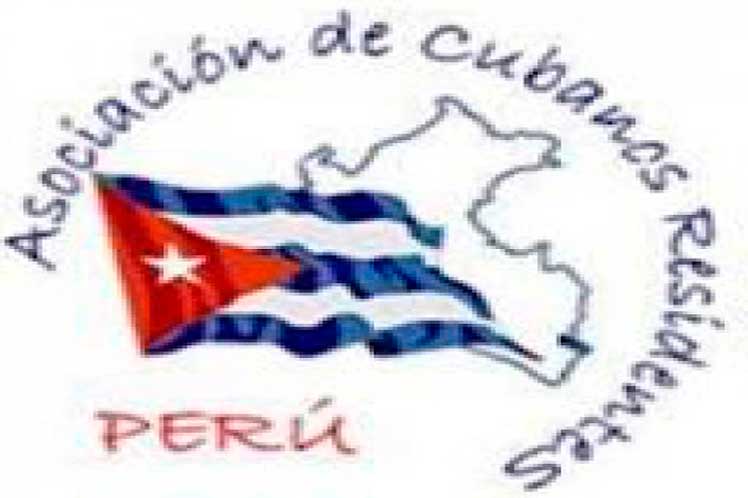 “It became clear to the world that expectations of the destabilization promoted from Miami were not met”, Association of Cuban Residents in Peru “Raíces Mambisas” said in a statement.

The text also highlighted the failure of a local provocation by a small group of individuals of Cuban origin, due to the firm presence of Peruvians in solidarity with the Island.

“Cuba lives on and is reborn in its streets, in the neighborhoods, schools, workplaces and the successful Havana Biennial, as well as the celebrations for the 502 Anniversary of the foundation of the capital among many other activities”, it added.

Referring to the protest called for by the National Coordinator of Solidarity with Cuba, which neutralized the hostile activities against Cuba, the statement indicated that the fact confirmed the solidarity with the island still stands.

“In one voice it was heard: Cuba is not alone!”, in this, our celebration of dignity, brotherhood and patriotism”, they added, thanking the Peruvian solidarity.

It was highlighted the presence of Peruvian doctors graduated in Cuba and leaders of the Association of Cubans settled here for family reasons or professional activities.

Cuban protesters, as emphasized, celebrated the reopening of the Caribbean country’s borders to tourism, and the great exploit of Cuban scientists who managed to develop vaccines that beat the Covid-19 pandemic, despite US blockade.