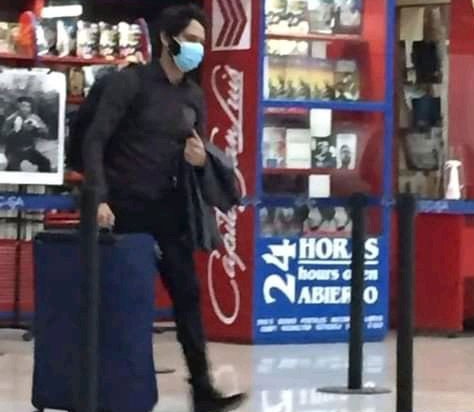 Havana, Nov 17 (Prensa Latina) United States and Spanish media echoed denunciations from the self-proclaimed 'Archipielago' organization about the alleged disappearance in Cuba of one of its members, Yunior Garcia, who arrived surprisingly in Madrid on Wednesday.

As part of the media attacks on Cuba, CNN and others expected to start another campaign to try to blame the Cuban government for alleged detentions, disappearances and human rights violations, in the context of an intensifying conflict of destabilization supported by the White House.

However, García left them, literally, “high and dry” in relation to news published on Wednesday by some international agencies.

“One of the main promoters of protests against the Cuban Government called for this Monday (November 15) is in Spain after he could not carry out his plans last weekend to march on the streets of Havana” and “has landed in Madrid”, Europe Press reported. ‘Archipiélago’, CNN reported on Tuesday, said that one of its members had been “missing since November 14”.

In fact, they raised concern that “Garcia would have established communication for the last time with his team on Sunday at 6 in the afternoon” and that someone from the group had even gone the day before “to his house to try to determine his status, but after calling no one opened or answered his door for more than an hour”.

The organization demanded “proof of Yunior García’s life” and there you have it: he took a flight and according to Spanish diplomatic sources, his departure from Cuba was “at his own request” after steps were taken discreetly (so much that not even his people knew about it).

What happened took the organization by surprise, as it still reported him “missing” on social networks on Wednesday, when the truth is that he left for Madrid on Tuesday on an Iberia flight in the company of his wife, Dayana Prieto.

Garcia, of whose connections with terrorist elements based in Miami Cuba has presented evidence, intended to carry out a (unconstitutional) march on November 15, the same day that the country began the transition to new normal after the control of the Covid-19 pandemic.

However, his intentions resulted in the announcement of doing a “solo” march the day before and finally not even that, afterwards he only assured that “he kept his will to march dressed in white as soon as he could”.