Cuba denounces in Geneva obstacle to development due to US blockade 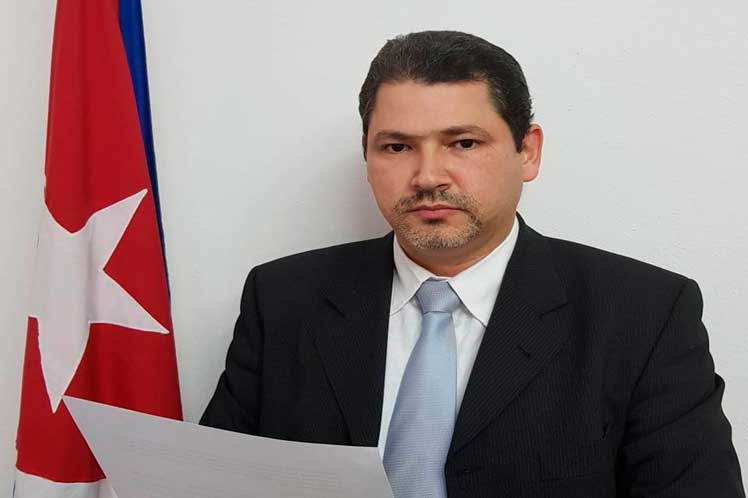 Cuba denounces in Geneva obstacle to development due to US blockade

Speaking in the general debate of the 22nd session of the Intergovernmental Working Group on the Right to Development, at the Human Rights Council, the Cuban ambassador described as genocidal the economic, commercial and financial siege imposed against his country by Washington for more than 60 years, a policy that affects all sectors of society.

The diplomat also pointed out that the blockade is a clear violation of the human rights of the Cuban people, seen once again in the context of the Covid-19, with the coming into force in times of a health crisis of dozens of new measures decreed by Donald Trump’s administration, all supported and continued by successor in the White House, Joe Biden.

Quintanilla recalled the worldwide rejection to the strangling policy applied by the US government, a repudiation expressed through 29 resolutions of the UN General Assembly since 1992, which have been categorically adopted.

Despite the obstacles imposed by the blockade and the challenges derived from the pandemic, last Monday Cuba entered the stage of “new normal”, with the resumption of most of the country’s public, economic, social and cultural activity and the reactivation of international tourism.

According to the ambassador, such break through was possible thanks to the efficient management of the Covid-19 and a vaccination campaign promoted with locally produced vaccines, which already protect 80 percent of the population from the disease.

Regarding the need for development to be inclusive, he ratified the Island’s call for political will of countries of the North to support nations of the South with resources, which hundreds of millions of human beings throughout the planet could benefit from.

In this sense, Quintanilla stressed that the possibility of development represents “a universal and inalienable right, and it belongs to both individuals and peoples. It is a collective right we all must enjoy, and accordingly promote and respect”.

Inequality between rich and poor nations, with enormous economic, social and cultural implications, is still one of the main obstacles that threaten the materialization of the right to development, an inequality deepened by the pandemic, he warned.

EU ratifies rejection to extraterritoriality of US blockade on Cuba

EU ratifies rejection to extraterritoriality of US blockade on Cuba