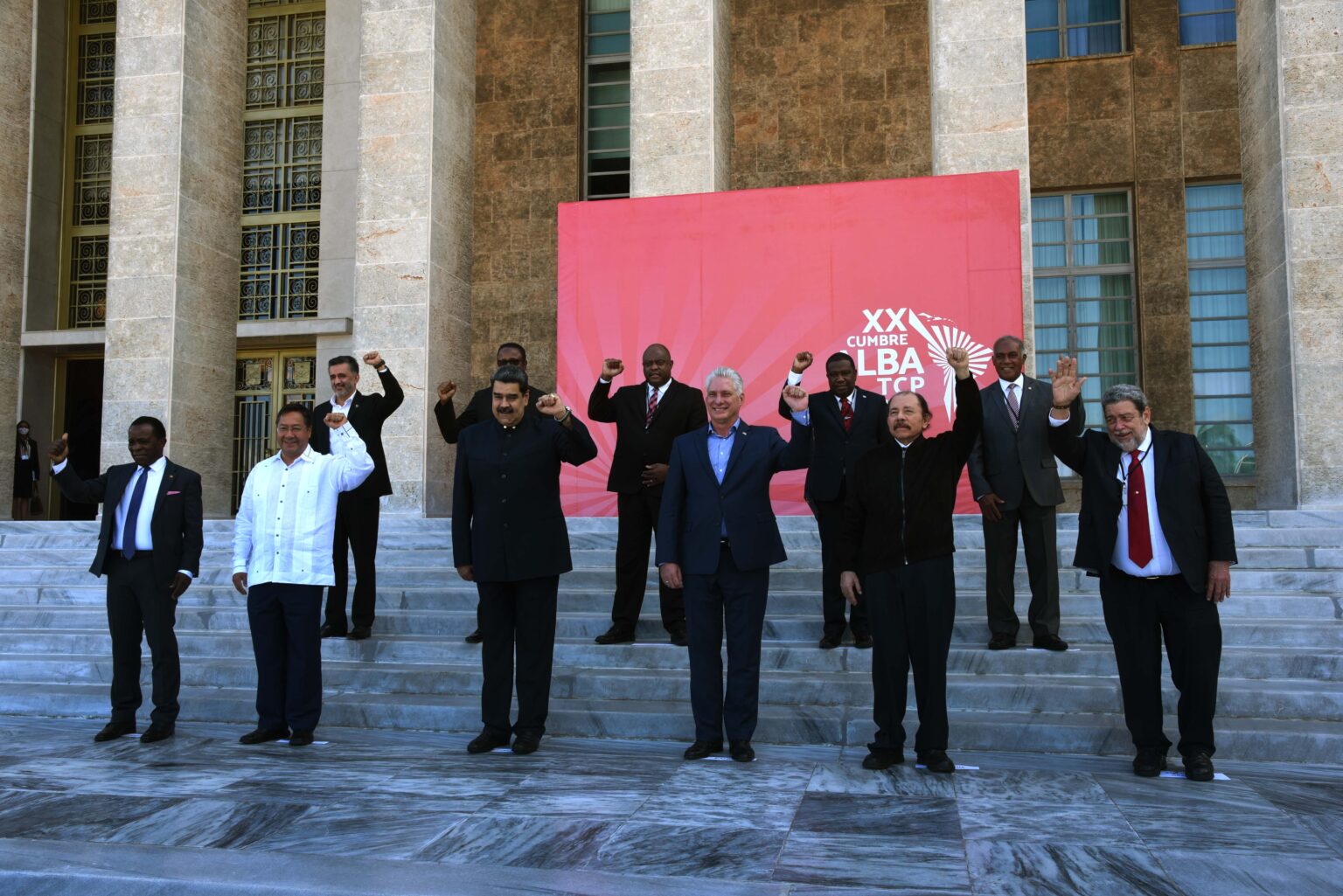 It was the consensus reached in this capital by the leaders and representatives of the 10 nations that give life to the Bolivarian Alternative for the Peoples of Our America-Peoples’ Trade Agreement (ALBA-TCP).

ALBA-TCP is the alternative against the new economic colonialism, says the final statement synthesized by Cuban President Miguel Díaz-Canel.

The statement rejects what he described as “attempts by imperialism to confuse our peoples” and condemn them with unilateral coercive measures, the president stressed.

The Declaration of Havana thanked Cuba for its contribution to other peoples and rejected Washington’s blockade against the largest of the Antilles and its inclusion on a unilateral US list under terrorism charges.

We denounce the lies of imperialism that preaches peace and practices war, emphasizes the text, which also sympathizes with Venezuela, Nicaragua and Bolivia.

Climate change, emigration, the post-Covid-19 strategy, selective protectionism are among the issues on which the mechanism proposes to advance.

It also expresses the reiterated commitment of Cuba to collaborate with the member countries of the bloc, in particular in the vaccination against the coronavirus.

ALBA-TCP is made up of 10 Latin American and Caribbean countries: Cuba, Venezuela, Bolivia, Nicaragua, Dominica, Saint Vincent and the Grenadines, Antigua and Barbuda, Saint Kitts and Nevis, Saint Lucia and Grenada.

The presidents of Venezuela, Nicaragua and Bolivia, Nicolás Maduro, Daniel Ortega and Luis Arce, respectively, participated in the conclave. Also the Prime Minister of Grenada, Keith Mitchell and of Saint Vincent and the Grenadines, Ralph Goncalves.