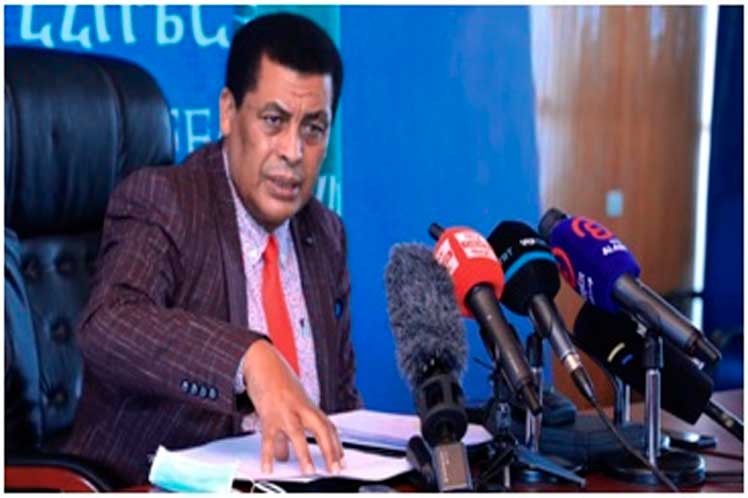 “(The Western countries) look the other way even when international organizations reveal the group’s cruelty, but maintain sustained and intensive pressure and harassment against federal authorities, freely and democratically elected,” the spokesperson for the Foreign Ministry Dina Mufti said.

“They deliberately ignore that the war began after the Front’s attack on the National Defense Force,” the official stated, even though he chose not to name any Western country, although Ethiopia has repeatedly criticized the positions of the European Union and the United States regarding the conflict.

After the call to evacuate diplomatic representations, regional and world organizations, as well as foreign citizens from Addis Ababa failed, (the Western countries) are now pressing to relocate events to be held in our capital, he denounced during a press conference.

“They want the International Telecommunication Union to relocate the World Telecommunication Development Conference scheduled for next June and are pressing to change the venue of the forthcoming African Union summit, which must also take place (in Ethiopia),” Mufti explained.

He also urged the international community to visit the areas invaded by the TPLF and recently liberated by government forces, “so that they can see, hear testimonies and verify for themselves the killings and destruction caused by the insurgent group.”

They are invited to travel to the northern part of the country, especially to the Amhara and Afar provinces, where the crimes of the TPLF caused 1.8 million displaced people and created a situation of food insecurity for 8.3 million citizens, he said.

The spokesperson stressed that in addition, the terrorist group committed mass murders, looted and destroyed public and private property in various parts of the country, especially in those two regional states, where it extended its belligerence after a government ceasefire.