Ninety-two states have less than half their population vaccinated 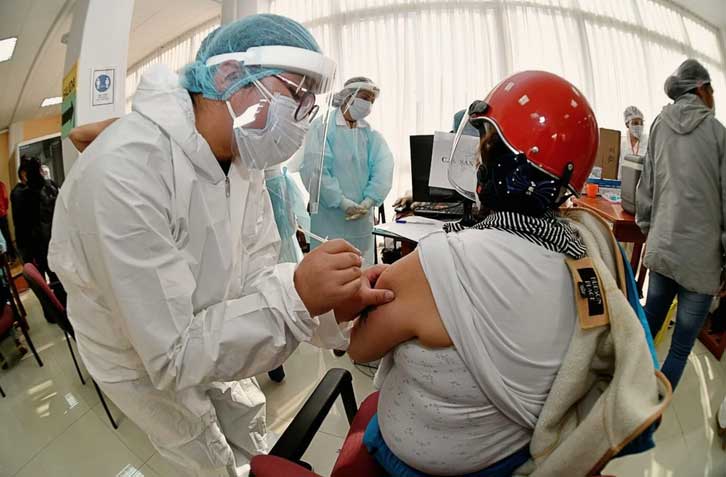 Ninety-two states have less than half their population vaccinated

This is due to a limited supply of vaccines to low-income countries for most of the year and then vaccines arrive near expiration and without key parts, such as syringes, said the director general of the entity, Tedros Adhanom Ghebreyesus.

For some 20 nations, the supply chain and distribution problems also affected deployment, the authority said during its last press conference of 2021.

Forty percent, they expressed, it is not only a moral shame, but also cost lives and gave the SARS-CoV-2 virus the opportunity to circulate uncontrollably and mutate.

He called on government leaders and biopharmaceutical industries to keep their word on vaccine equity and ensure a steady supply plus actually reach the people.

Adhanom said that right now, the Delta and Omicron strains are twin threats that are pushing cases to record highs, again causing spikes in hospitalizations and deaths.

He expressed his concern about the greater transmissibility of the second, which circulates at the same time as Delta and causes a tsunami of infections, he emphasized.

This exerts and will continue to exert enormous pressure on exhausted healthcare workers and healthcare systems on the brink of collapse, while again disrupting lives and livelihoods, the authority said. The pressure is not only due to new Covid-19 patients requiring hospitalization, but also to a large number of sick medical professionals so far, he remarked.

The director general of WHO stressed that those still without immunization have many times more risk of dying from any of the variants.

Ómicron is moving so fast that, in addition to vaccination, social public health measures are also needed to stop the wave of infection, he considered.

He advocated for innovative solutions to reach vulnerable communities that have not yet received the drugs, because primary doses are the most important for people to develop immunity, the doctor said.

WHO will support countries in their quest to improve access to Covid-19 tools and catch up on routine immunization, he said.

Mental health must also be treated as a central element of the response and recovery from the current pandemic, Adhanom stressed.