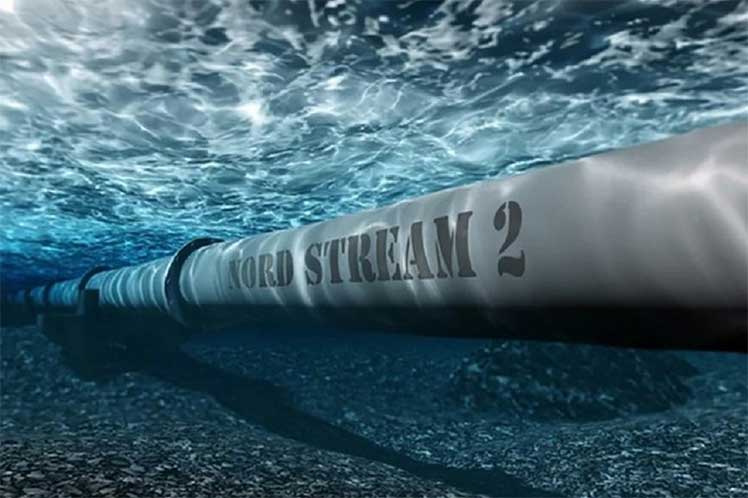 “Now both the first and the second pipeline of the gas pipeline have operating pressure and are completely ready for exploitation,” said the manager during an exchange with Russian President Vladimir Putin.

Miller recalled that Nord Stream 2 has the capacity to transport 55 billion cubic meters of gas per year and it is the gas pipeline that passes under the Baltic Sea, with a length of 1,234 kilometers.

In the exchange, the president of the Eurasian nation explained his country has the possibility of increasing gas exports, adding that this new route “will serve to resolve the issue of price stabilization in the European market.”

Likewise, Putin emphasized that the large additional volumes could be provided to the West as soon as European authorities approve the start-up of Nord Stream 2.

Faced with the constant setbacks for the start-up of the gas pipeline, Vice Prime Minister Alexander Nóvak assured on this day that Ukraine will not be able to interrupt the execution of the gas project between his country and Germany.

In an interview with RBK, the official stressed that the contract of its creation is constructed in accordance with all legal requirements.

Nóvak stressed that the company in charge of implementing the project acts strictly in accordance with European laws, and “any requirement that exceeds current legislation is political in nature”, he emphasized.

The Nord Stream 2 gas pipeline work was completed on September 10. To start pumping the gas, its operator must obtain approval from the German regulator.

Certification has now been suspended because Swiss-based operator Nord Stream 2 AG needs to register a subsidiary with Germany’s Federal Network Agency, which announced that a decision on its certification will not be made in the first half of 2022.