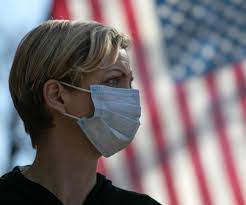 Washington, Jan 1 (Prensa Latina) Us citizens are less optimistic and more nervous about what 2022 has in store for the world than they were heading into 2021, according to a new Axios/Momentive poll.

According to the survey, this year, democracy ranked second among the issues survey respondents said matter most to them, behind jobs and the economy and just ahead of health care.

The overall findings are comparable to recent pre-pandemic, year-ahead polls conducted by Momentive (formerly SurveyMonkey). But compared with last year’s poll, they show a souring of the national mood after an unusually optimistic view of what 2021 could be.

“The end of last year was a particularly hopeful time,” partly because there was a change in the presidency but also because we’d just been through the first year of COVID and everyone thought things could only get better after 2020, said Laura Wronski, senior manager for research science at Momentive.

“I think after this year we realized it’s not going to magically get better, that we’re going to have to live with Covid-19 for a while,” she added.

In addition, 51% said they were more fearful than hopeful about what’s in store for the United States. in 2022, including 66% of Republicans, 41% of Democrats and 46% of independents.

Even with the Omicron variant spreading across the country, 61% of US citizens said they’re more hopeful than fearful about what’s ahead for the pandemic in 2022, with 37% saying they’re more fearful.

This year, 17% of the people in our survey said democracy was the issue that matters most to them right now, second only to jobs and the economy, at 31%.

That urgency was driven largely by Democrats — who ranked it as their highest priority, at 24% — and people with a college degree or higher, also at 24%.