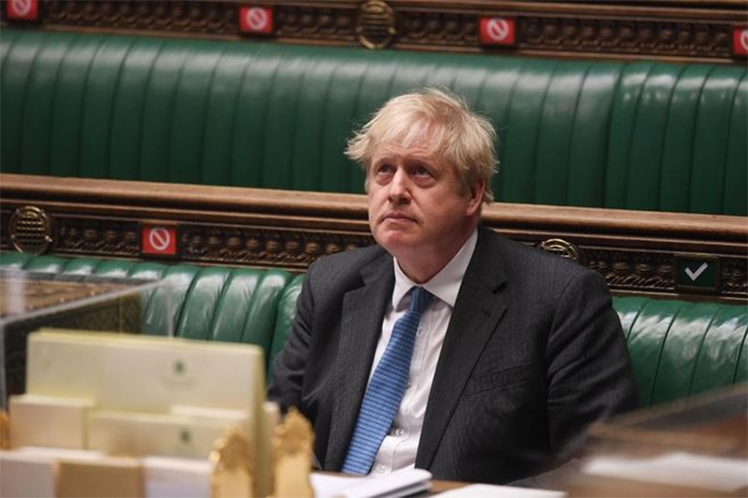 As Johnson explained at a press conference, his government was sticking to the ¨Plan B¨ measures introduced in England last month, which included the wearing of face coverings on public transport and in stores but did not restrict gatherings or close businesses. implemented last December.

The British ruler warned, however, that the weeks ahead are going to be challenging, both here in the UK and across the world. There is no escaping the fact that some services will be disrupted by staff absences.

In this regard, Johnson announced that as of January 10, some 100,000 employees from food, transport and immigration sectors will be asked to undergo rapid daily Covid-19 tests before going back to their workplaces.

Although he claimed that Omicron variant is less dangerous than other variants, Boris Johnson admitted England is currently going through the worst wave of positive Covid-19 cases in the nearly two-year time of the pandemic.

This is a time when we must be very cautious, stressed the UK prime minister, while urging his people to get vaccinated because 60% of Covid-19 patients admitted to ICUs are not immunized.

On Tuesday, UK reported as many as 218,724 new positive cases, and even though the official report included figures that were delayed after the New Year´s Eve celebrations, it is the highest number ever reported in the country since March 2020. Local health authorities also confirmed 48 other deaths, so the country´s overall death toll jumped to 148,941, and 13.6 million infections.

Muslim communities among most discriminated against in UK – Report

Two teens held in UK for attack a synagogue in US

Muslim communities among most discriminated against in UK – Report

Two teens held in UK for attack a synagogue in US