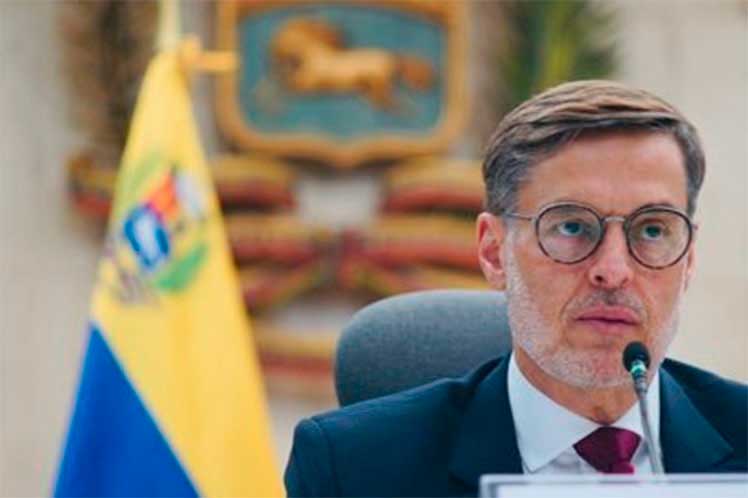 Through his account on the social network Twitter, the head of Venezuelan diplomacy condemned the systematic murder of social leaders, human rights defenders and former combatants of the defunct Revolutionary Armed Forces of Colombia-People’s Army, signatory of the agreements signed in Havana.

“Another massacre that mourns the brotherly Colombian people. Mr. Duque, the leader of this selective annihilation, intends to wring out the bulge with his empty speech and his traditional false positives, ”Plasencia underlined when confirming the murder of three people, all of Venezuelan nationality, in the Jamundí municipality, Cauca Valley.

Do us all a favor, respect the Peace Accords for which Colombians, Venezuelans, the international community and the UN work so hard, and allow the conflict and the structural humanitarian crisis in Colombia to de-escalate affecting the entire region”, added the Minister of Foreign Affairs.

Likewise, Foreign Minister Plasencia reiterated the will of the Bolivarian Government to stop attempts to export the neighboring country’s internal conflict to Venezuela, while calling on United Nations agencies to coordinate actions to stop the systematic violation of human rights in the New Granada region.

The Venezuelan Minister of Defense, Vladimir Padrino, reported the day before on the increase in alert levels of the Bolivarian National Armed Forces (FANB) as a result of clashes between irregular groups registered in the Colombian department of Arauca.

In this sense, the Minister indicated that the FANB units are deployed in the border municipalities to respond forcefully to any aggression against the sovereignty of this country.

Likewise, Padrino dismissed accusations made by President Duque, who blamed the Government of Venezuela for providing protection to irregular armed groups from the New Granada region.

On several occasions, Venezuela reaffirmed its commitment and support for all the efforts and initiatives that lead to the consolidation of a lasting peace without nuances in the Colombian Republic.