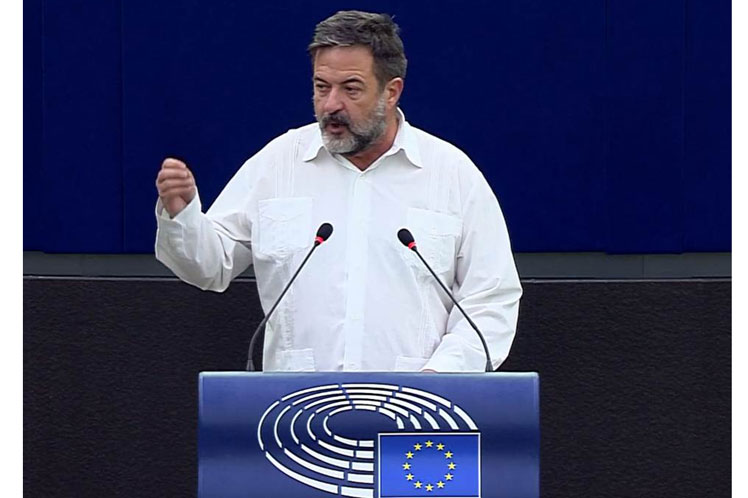 Madrid, Jan 7 (Prensa Latina) Spanish MEP (Member of the European Parliament) Manu Pineda on Friday denounced the harassment, verbal violence and siege of the Cuban Consulate in Barcelona, and said that he will take action.

At a press conference in the capital of Catalonia, Pineda, who was accompanied by documentary maker Ana Hurtado, said that negotiations will be held with the Department of the Interior of the Generalitat de Catalunya and, if the situation remains static, the case will be taken to the European Union (EU).

The legislator, who is a member of the Left Group of the European Parliament, referred to the harassment and attacks that the Consulate General of Cuba in Barcelona and its diplomatic team have been suffering for nine months, with the passivity of the authorities and in a clear breach of the Vienna Convention on Diplomatic Relations.

A member of the ruling Unidas Podemos bloc and the Communist Party of Spain, Pineda noted that the right wing wants to go back to the previous period that (Jose Maria) Aznar promoted at the time, with the help of counterrevolutionary elements of Cuban origin and some other people from Latin American countries, aligned with anti-communism, he noted.

For her part, Hurtado explained that one part is organized in the so-called European Ibero-American Alliance against Communism, chaired by Cuban musician Sayde Chaling-Chong, who was a candidate for the far-right party Vox.

Until now, Spanish State authorities and from the Generalitat de Catalunya have not taken the corresponding measures to stop the provocations against the consular headquarters and diplomatic staff and their families who work there, the MEP and the filmmaker and activist commented.

They stressed that the threats against consular officials reached them when they tried to disqualify these illegal actions, which are not peaceful at all and violate the international laws enshrined in the Vienna Convention of 1963.

Pineda and Hurtado explained that in these nine months, all kinds of acts have been carried out, such as intimidation when leaving work, insults, incitement to break into the consulate with stones and machetes and set it on fire, and even claims of dismembering the consul.

All this was denounced before the Department of the Interior of the Generalitat de Catalunya by Defensem Cuba and the FACRE (Federation of Cuban residents in Spain) to the Central Government.