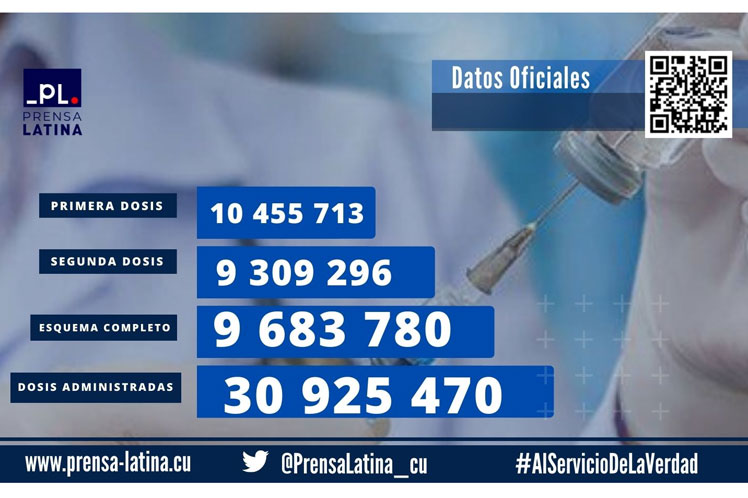 According to official data from the Ministry of Public Health, by the end of January 5, 31 million 20,410 doses of the nationally produced Soberana 02, Soberana Plus and Abdala vaccines had been administered in the country.

To date, 10 million 464,507 people have received at least one injection of any of these products, a figure which includes those convalescing from the pandemic, to whom a dose of the Plus vaccine has been administered.

In addition, two million 287,344 have a booster dose, of which 144,431 received it as part of the clinical studies and two million 142,913 belong to the booster vaccination which is being applied to the population of selected territories and risk groups.

Recently, the British newspaper The Guardian highlighted that the success story of the vaccines in this Caribbean island surpasses the mark set by the efforts against Covid-19 in rich countries.

The idea that Cuba, with only 11 million inhabitants, could be a biotechnology powerhouse is incomprehensible to someone who works for the pharmaceutical company Pfizer, but for the Island it is simply possible, John Kirk, professor emeritus of Latin American studies at Dalhousie University, Canada, told the newspaper.

The Guardian pointed out that the island’s bid to manufacture its own immunizers paid off and reported that it became the smallest state in the world to develop and successfully produce five products against the SARS-CoV-2 coronavirus, which causes Covid-19.