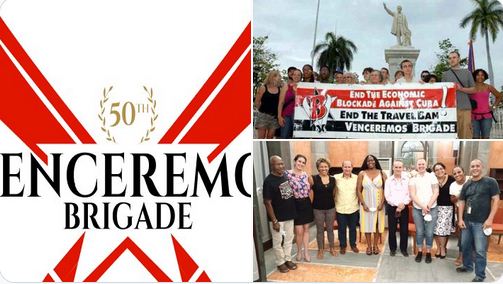 In an interview with Prensa Latina, the young activist Oyensonwu Chatoyer assured that this support will be maintained as long as the economic, financial and commercial blockade, and the attacks, reinforced by the White House in the midst of the Covid-19 pandemic, and the world crisis, prevail.

The guarantee of this is in the growing number of young people who have joined this initiative, founded in 1969 and the longest of its kind running at an international level, through which some 75 social activists plan to visit Cuba at the end of 2022, he said.

Likewise, the oldest member of the visiting group, Nesbit Crutchfield, denounced that his government intends, with blockades and sanctions, to eliminate the example of sovereignty and dignity that Cuba represents for the rest of the world since 1959.

He affirmed that this hostile policy affects Cuban families on both sides of the Straits of Florida, and US citizens who see their rights to travel and socialize with those they wish curtailed, for which they demand the normalization of relations.

For Sulan Miynarek and Rachel Ibrahimi, also young members of the National Committee of the Brigade, the challenge of traveling to Cuba despite the prohibitions and threats by the United States government gives continuity to the position of the founders of the group, and is inspired by the Cubans’ will of resistance against aggressions.

The example of courage with which Cuba faces threats motivates us to challenge the prohibitions and support a cause that we consider just, hence some 10,000 Venceremos brigades have traveled to Cuba since 1970 in 50 contingents, Chatoyer remarked.

From their arrival in Havana on January 5 until their departure on Sunday, the US solidarity activists visited centers of scientific interest where they learned about the creation of vaccines and more than twenty other national drugs against Covid-19, and about Cuba’s actions to protect its population against the pandemic.

They toured places of historic and social interest in the Cuban capital, and spoke with residents of neighborhoods immersed in a process of transformation to improve the living conditions of its inhabitants, with the support of local and national governments, and popular participation. .