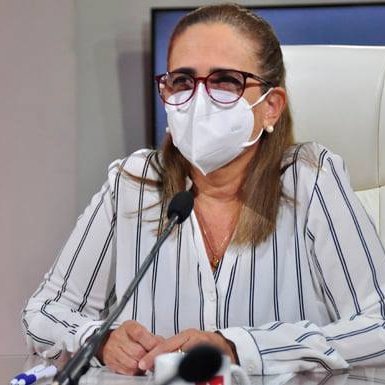 Among these aspects, analysts consider the participation of private or self-employed workers in the economy. This year, measures are proposed so that the limited material and financial resources are used according to priorities, responding to the noblest and most humanistic programs in favor of the population.

These criteria were recently exposed by Granma newspaper, which indicated a progression for these 12 months in the budgeted activity, with expenditures of 224.58 billion pesos (CUP), 73 percent of the total, in Health, Education, Assistance and Social Security.

In a country where social justice prevails, the life and well-being of citizens will always be a priority, authorities say.

These are complex times that have expired in Cuba for the second year, taking into account the Covid-19 pandemic, and the obstacles (blockade) posed by the United States against Cuba.

In a timely manner, Cuban Finance and Prices Minister Meisi Bolaños, when presenting the State Budget for 2022, expressed that the pandemic demonstrated the value of having a consolidated Health and Science system, with human capital that saves life.

She claimed there is a commitment to continue defending, from the State Budget, the most sacred conquests of the socialist Revolution.

When summarizing the estimate for 2021 fiscal year, she explained that in the first year of the monetary overhaul it was required to project and execute a reconverted budget without precedents and experiences.

She also highlighted the accompaniment of the Budget to fight Covid-19, including the priority of expenditures of nearly 16 billion pesos.

Likewise, an additional 800 million pesos are earmarked to finance works in 65 neighborhoods in Havana with complex social situations, which aim to address the concerns of the population.

The minister noted that the Budget will have a favorable impact on the gradual recovery of the economy, but it will not be exempt of the negative signal of the world economic crisis and the limitations imposed by the US economic blockade.

Even so, she said, the support of basic services and social programs have a majority participation in the Budget, which characterizes its marked social concept.