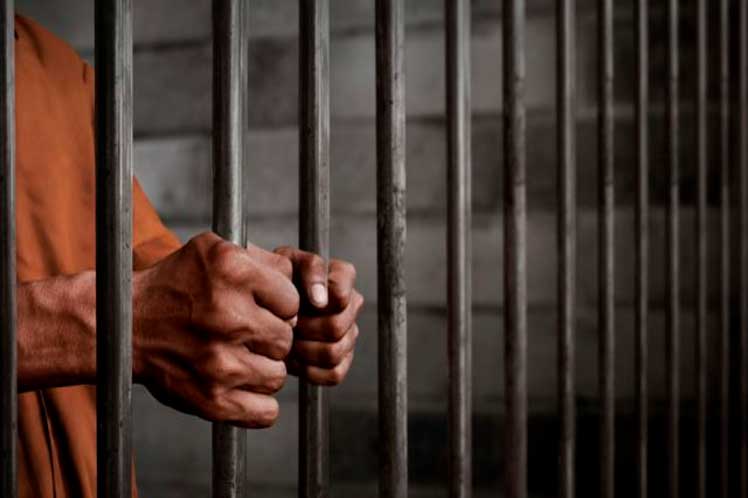 The incidents were confirmed by the National Service of Integral Attention to Persons Deprived of Liberty and Adolescent Offenders (SNAI).

According to details, three of the deaths occurred in the Santo Domingo Prison and the fourth in Azuay 1, with no record of violence in any of the bodies.

The SNAI and the Attorney General’s Office are collaborating in the investigation, according to what was reported.

The recently deceased are added to three other deaths reported on January 11 at the prison in Esmeraldas province.

Ecuador’s prison system, whose problems have worsened since 2020, is experiencing a crisis that cost the lives of 320 prisoners last year, a period in which the prison network experienced two massacres considered the worst in its history, resulting in 119 and 68 violent deaths, respectively.

Since the beginning of this year, in addition to the above-mentioned deaths, there was an attack perpetrated this week against the director of the Guayas 2 women’s prison, Lorena Calderón, in which one person was wounded when she was shot while driving the vehicle that was taking her to her home.

Previously, SNAI confirmed the murder of one of her advisors, identified as Fernando Llerena, who was shot nine times.

Both events occurred in the coastal city of Guayaquil, where the Penitenciaría del Litoral, scene of the 2021 massacres, is also located.

State of emergency, reinforcement of police presence and Armed Forces personnel and a pacification commission are some of the measures adopted by the national government in an attempt to solve the problems in the country’s prisons, but without achieving the expected results.

In the opinion of analysts and human rights activists, the crisis has increased, among other factors, due to the overcrowding in these facilities, the lack of social rehabilitation programs, shortage of personnel for the custody of inmates and infrastructure failures.

For its part, the executive argues that the main issue is linked to clashes between rival criminal gangs, mostly linked to drug trafficking, to maintain control of these centers.