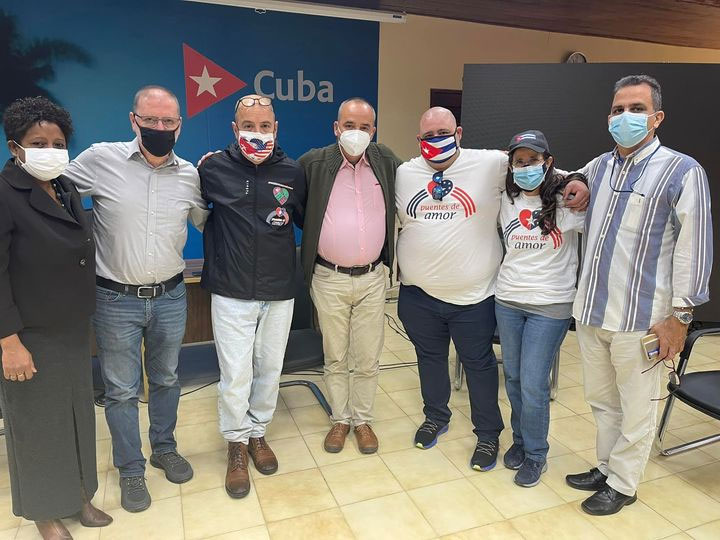 It was confirmed by the general director of Consular Affairs and Cuban Residents Abroad, Ernesto Soberon, at a recent meeting with Carlos Lazo, leader of the Bridges of Love movement, and other activists who reject the economic, commercial and financial blockade imposed by the United States on Cuba.

The meeting was propitious to express gratitude for all the actions taken by that project against the blockade and in support of Cuban families.

In this regard, Soberon highlighted the successive caravans carried out in hundreds of cities around the world, as well as donations and many other activities of love for Cuba.

Last Saturday, a solidarity shipment consisting of 15,000 pounds of powdered milk collected by the joint efforts of Bridges of Love, Code Pink and The People’s Forum, from the United States, arrived in Havana.

Representatives of the organizations, who accompanied the cargo, agreed that it responds to the need to support the country in the face of the blockade and its resurgence in the midst of the Covid-19 pandemic.

We know that it is a small shipment in a sea of needs, but beyond the same cargo we want to build Bridges of Love, and these are built gram by gram, Carlos Lazo told reporters.

At a meeting with Cuban residents in Nicaragua, held in Managua, the president noted that when the current pandemic allows it, the pending The Nation and Emigration meeting, postponed due to Covid-19, will be held.