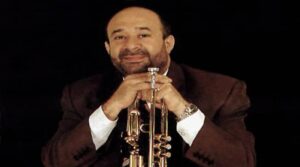 Cuban-style download and trumpet was a major duel for El Greco. Blessed to improvise in a big way, confirmed the musicologist, Neris González, about the posthumous tribute to the artist, who recently died in Havana at the age of 63.

From the Plaza Cultural Center at 31 and 2, González thanked the island’s spectacular trumpeters for their presence, who accompanied the tribute marked by enthusiasm, spontaneity, and free improvisation that define jazz in its purest essence, including, Roberto García, Julio Padrón, Yasek Manzano and Mayquel González.

She also highlighted the valuable testimonies offered by Pedro de la Hoz, Emilio Vega, Miguel Ángel García and Ismael Rensoli, all knowledgeable about the imprint and friends of the Cuban musician, considered one of the best trumpet players of his generation.

During his lifetime, El Greco was a member of renowned groups such as the Cuban Orchestra of Modern Music, Irakere and NG La Banda and founded his own group, El Greco and his Quintet Top Secret, with which he represented his country in the most important jazz festivals in everyone.

His discography included more than 50 albums as a guest of national and international artists and, together with his band, he bequeathed several outstanding productions of the last decades in the section of Cuban jazz, among them, El Jardín del Jazz, Gregolandia, Top Secret and El year of the comet