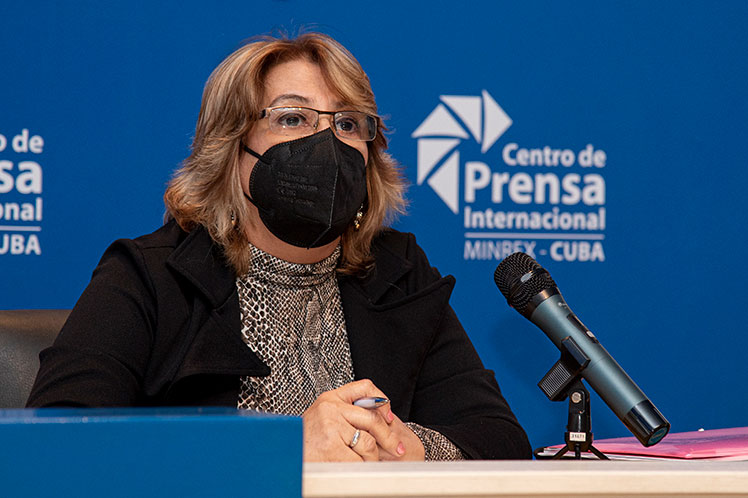 At a press conference in this capital, the senior official reiterated that this consultation, to which are called over seven million voters, will be held from February to April of this year with the purpose of having the population express their opinions on this important legislative text.

She described the Family Code as a “broad, deep, complex and enriching document that reflects today’s Cuban society,” and opinions are expected from citizens to make it even more complete.

She pointed out that since December and throughout the current month, a meticulous preparatory work of organization and control has been carried out to guarantee the development of the consultation.

She pointed out that in accordance with the provisions of the Electoral Law, it will be carried out at the constituency level of People’s Power (basic instance of government on the island).

As data that illustrates the complexity of this work, he pointed out that 12,513 electoral commissions and 109 special ones have been created, and to date more than 78,000 meeting points have been identified in which an average of 150 voters are expected to participate.

More than 900,000 people are involved in the organization and development of the process, which requires, Balseiro explained, the active participation of 15,616 jurists in meetings with voters, including 1,606 fourth-and fifth-year college law career students.

Likewise, for the best and fastest collection of all the opinions expressed by the population, it has the support of computer programs made by the University of Informatic Sciences.

After the end of the consultation in April, it is expected that on May 22 the processing and consolidation of all these proposals will conclude, which will be considered by the National Assembly of People’s Power (Parliament).

Alina Balceiro recalled the consultation will be held in the country and also among the staff of Cuban embassies and consulates abroad, which will allow Cubans who are fulfilling different tasks abroad to also participate in this democratic exercise.

However, all Cubans residing abroad can also provide their opinions on the Family Code through the website of the Ministry of Foreign Affairs.