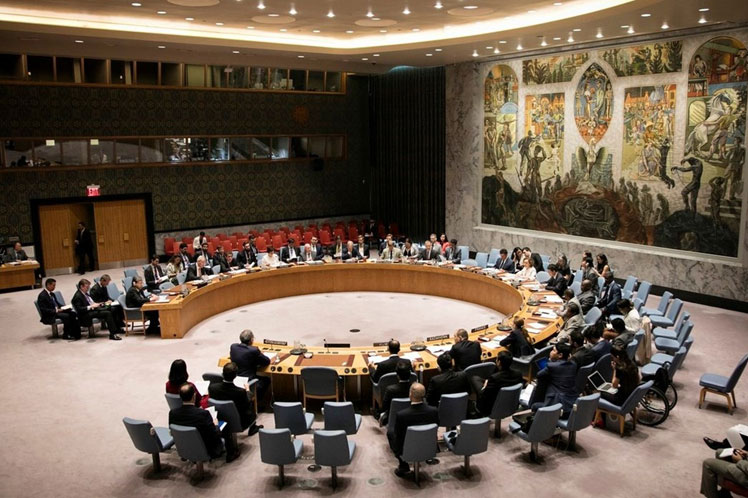 As she told a meeting at the United Nations Security Council, the multilateral body supports ongoing dialogues and similar actions in order to achieve a reduction in hostile rhetoric.

UN Secretary-General António Guterres has unequivocally supported diplomatic efforts on Ukraine at all levels and is deeply concerned about rising tensions.

DiCarlo welcomed the steps taken so far by all involved to keep the dialogue going.

For his part, Russia’s permanent representative to the United Nations, Vasili Nebenzia, said that the United States is trying to mislead the world community about the true situation in Ukraine.

The diplomat described as unacceptable interference in the internal affairs of his country, the statement of the US delegation, which considered the deployment of Russian troops in its territory as a threat to international peace.

“In fact, we are being offered to convene a Security Council meeting due to baseless speculation and accusations, which we have repeatedly refuted,” she stressed.

The open format of the meeting proposed by the United States, added to the very provocative theme, made this meeting “a classic example of megaphone diplomacy” for the public, she stressed.

Furthermore, she emphasized Washington’s desire to stoke hysteria around its accusations of imminent Moscow’s alleged aggression against Ukraine.

Nebenzia recalled that Ukrainian President Vladimir Zelensky in recent days urged Western countries not to urge unfounded hysteria over the presence of Russian troops on the border.

He also noted that several high-ranking officials in Kiev have publicly referred to the absence of a threat to Ukraine from Russia in recent weeks, contrary to what the US government claims.

Faced with such a scenario, the Russian diplomat called for not allowing the Security Council platform to be used for the implementation of Western propaganda guidelines.

Recently, Washington and Moscow held negotiations after tensions around Ukraine escalated as the West accuses Russia of allegedly accumulating its troops on the border in preparation for a possible invasion.

During those talks, Russia defended the right to move its forces within its own territory as it sees fit and warned of the North Atlantic Treaty Organization’s increased military activities in that area.